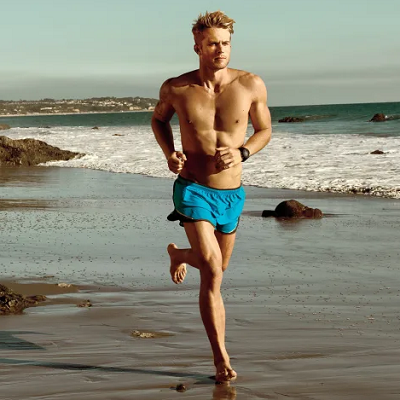 [Blind Gossip] Now that we’ve passed Valentine’s Day, let’s take a look at some couples for whom the chocolates and hearts and flowers are permanently over.

Our first celebrity breakup is a couple we’ve talked about before.

We made it clear that their relationship was one that was rooted in practicality rather than love.

It was a double-bearding situation and they both benefited a lot from this straight relationship.

We will note that they genuinely did enjoy each other’s company and became close friends.

As their friendship progressed, they “double dated” and went on a lot of vacations together. There were lots of athletic beach photos of the fit couple enjoying themselves.

They bonded over how difficult it was to be gay in their chosen professions.

He was pretty mixed up about who he was. She helped him find some clarity and helped him feel like it was okay to be gay.

Not out… but okay.

It actually makes sense that she was a good person to help him with that. We think that his past beards were straight. Thus, they might have known who he was and willingly bearded for him, but it would have been difficult for them to understand what he was really going through internally.

She did understand. And the relationship grew.

They trusted each other enough to seriously talk about getting married and having a child together.

While non-traditional, that arrangement could have worked. Since they genuinely liked and trusted each other, either of those events would have enabled them to maintain their hetero bona fides forever.

Alas, those good vibes did not last forever. The fakery got to be too much.

He was going through some sh*t and he thought that she should be more supportive of him even if she didn’t always agree with him. She didn’t want to fake that part. That annoyed him because they were faking everything else.

That’s an interesting point. We know our man is very big on loyalty, so perhaps her selective fakeness felt like disloyalty to him.

He started backing out of both the wedding plans and the baby plans and avoiding her.

She knew it was over. I wouldn’t say she was heartbroken. More like disappointed.

Of course, their breakup is being blamed on the usual: work commitment, timing, distance.

But now you know that it was an arrangement that just didn’t work for the long run.

They don’t hate each other or anything like that. They will just go back to their old lives.

She’ll go back to movies and TV.

He’ll go back to throwing those all-male beach house parties.

He did keep the beach house, didn’t he?

[Optional] Do you think he will ever come out? What do you think will happen to him, both personally and professionally?