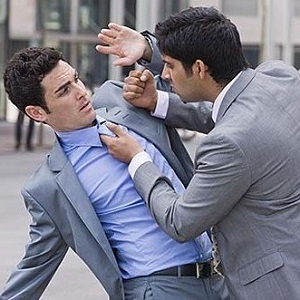 [Blind Gossip] Remember that ensemble action movie where the two biggest male stars hated each other?

Well, their bad relationship is carrying over onto the set of another movie related to that franchise!

[Third actor] is being uber cautious not to give [First Actor] any reason to criticize him or turn on him in public. He hated that the brawl between [First Actor and Second Actor] became public, so he is trying to keep a low profile on this film and to simply do his job and smile and agree with [First Actor] on EVERYTHING. It’s kind of funny to watch how quiet and agreeable he is being!

What’s interesting about this is that Third Actor is a real tough guy himself… so it’s odd to think about him patronizing another actor to avoid conflict!

[Optional] Is Third Actor being smart or wimpy?

Previous Post: « He Wants It His Way Or Not At All
Next Post: I Am A Hero »