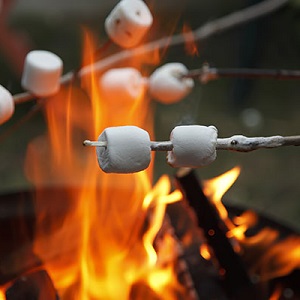 [Blind Gossip] What’s that smell? Is it a pine forest? Is it roasting marshmallows?

No. It’s a whiff of desperation from this famous media gal!

She is now very worried that her big move is a big fail. She hates that her debut flopped and that her coworkers leaked that she’s a diva. Her publicist told her that she has to convince people that she’s just like them. “Be likeable. Be relateable.” That’s why she’s doing all these things that she NEVER does. She’s dragging her family into photo ops and taking off her makeup and pretending to be “like other moms.” She’s desperate.

Blind Gossip told you months ago that her ice queen act was not serving her well at her new job. Now that the diva accusations from her staff are becoming public, she really has no choice but to do a dramatic turnaround.

If she doesn’t? Well, her star will probably flame out like marshmallows left in the fire too long…

Similar: Star Is Flaming Out