[Blind Gossip] This TV actress is having a little laugh over her personal life!

She was very upset last year when her big musician beau cheated on her with another girl. They broke up and he immediately moved on to dating that other girl (who is a big celebrity in her own right).

Although heartbroken, our actress moved on, too. Now, less than a year later, she is married and expecting a baby!

Her cheating ex? Well, he didn’t fare so well. His big celebrity girlfriend just kicked him to the curb… for cheating on her!

Our actress is having a good laugh over this one, but will likely avoid calling out Big and Big on social media. Living well is her best revenge. She’s happy. Here’s the sequence of events.

Glee actress Naya Rivera dated a guy named Ryan Dorsey in 2010. After they broke up, Naya discovered that she was pregnant, and she secretly aborted their baby.

Naya went on to date and become engaged to rapper Big Sean in 2013.

Naya found out that Big Sean was cheating on her with singer Ariana Grande.

Fifteen minutes later, Big Sean cheated on Ariana, who promptly dumped him and then licked a donut.

Twenty minutes later, Naya and Ryan got engaged… and married… and pregnant… and had a baby.

Two years later, Naya and Ryan are getting a divorce. Rivera and Dorsey, 33, have broken up before. The two ended a relationship in 2010. That was right before Rivera decided to have an abortion, a decision she explained in an op-ed for USA TODAY and in her memoir, Sorry Not Sorry, released earlier this year.

Before rekindling her romance with Dorsey, Rivera was engaged to rapper Big Sean in 2013. Rivera and Dorsey were married in July 2014.

Did you catch the clues? “Big and Big” referred to “Big” Sean and Ariana “Grande.”

Surely Naya was “laughing” with Glee when Ariana eventually dumped Big Sean for cheating, too! 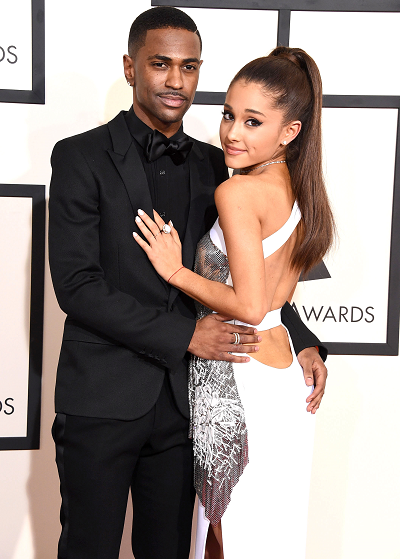 Congratulations to Britttt for being first with the correct guess AND for doing a good job with the clues!

Actually, many of you did a good job with the clues!

(Well, except for 4sixx2, who thought that the second “Big” referred to Ariana Grande’s giant head.) 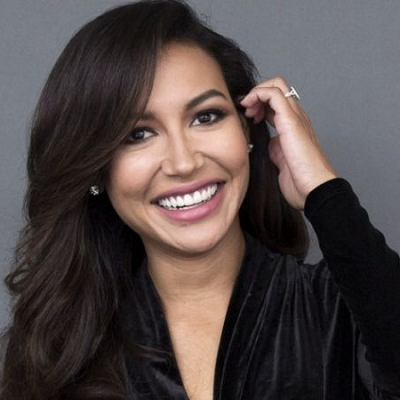 We have some very sad news.

Rivera went boating with her four-year-old son at a lake in California yesterday but never returned to shore.

Her son was found alone in the boat several hours later.

Efforts to locate actor Naya Rivera at a Southern California lake have switched from a rescue to a recovery operation, sheriff’s officials said Thursday.

Rivera, 33, went missing Wednesday afternoon after renting a boat and taking it out onto Lake Piru with her 4-year-old son.

Dyer said there’s been no sign of foul play.

Ventura County Sheriff’s Office spokesman Capt. Eric Buschow told reporters Rivera had arrived at the lake and rented the boat at around 1 p.m. Wednesday and the boat was found 3 hours later with her son, Josey Hollis Dorsey, inside but she was missing.

“He is safe with family members,” Buschow said of Josey

Rivera is best known for starring in the TV series Glee. She was briefly married to actor Ryan Dorsey with whom she shares custody of their son, Josey.

This is very distressing news.

Naya Rivera went through a lot of ups and downs in her personal life, but really seemed to have found her center and a lot of joy in raising her son, Josey. 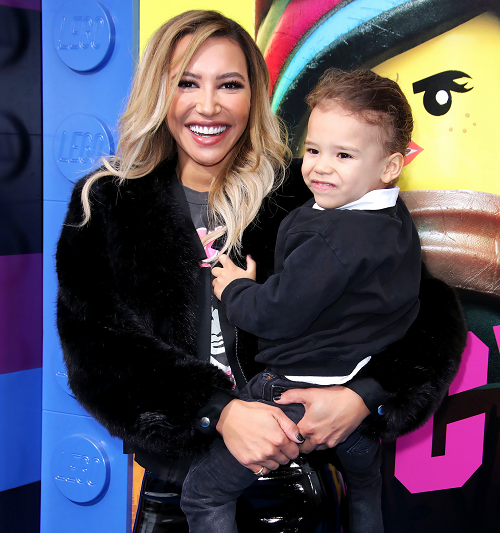 Lake Piru is a man made lake in the Los Padres National Forest in Southern California.  Search efforts are currently underway.

Here is the story from a local ABC news source.

She is best known for her role as Santana Lopez in Glee, where she was able to display all of her talents.

Here are some of her best performances from Glee:

Naya Rivera will be missed.

Our condolences to her family and friends.