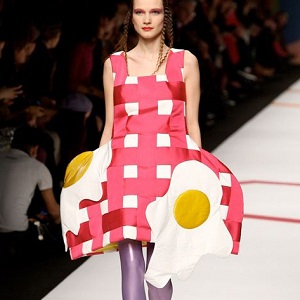 [Blind Gossip] There are a lot of celebrities who start out with one career (e.g. actor, singer) and then morph into “fashion designers.”

Sometimes, though, their ego exceeds their good taste…and their spouses are forced into an uncomfortable position.

He wants her to promote his line so he’ll give her something and say, “Wear this!” She’ll put it on and tell him it’s great and he’s totally a genius, but then she takes it off as soon as he isn’t watching because she actually thinks it’s ugly. She wants him to sell it to other people and make money. She just doesn’t want to wear that sh*t herself!

Yes, his wife is a celebrity, too.

[Optional] What do you think of his fashion?

Previous Post: « Put That Fast Food Down
Next Post: Star Athlete Tells Team He Is Gay And Ready To Come Out »