[Blind Gossip] While some of this TV Guy’s colleagues are voicing their sadness about his being forced out of his job, this one is definitely happy about him leaving!

It is actually a man who was convinced that TV Guy was watching him, waiting in the wings, ready to take his on-air job.

TV Guy was a threat that he wanted eliminated, one way or another.

Well, TV Guy has now been trimmed from the show.

And our man is happy today because of it!

[Optional] Is there someone at your job you would be happy to see fired? See that man in the bush? That’s Billy Bush.

Billy Bush just got trimmed from the Today show for his part in the Donald Trump hot mic scandal.

Know who’s NOT sad that Billy Bush is leaving?

Matt Lauer, who got to make the public announcement on the show that Bush left. 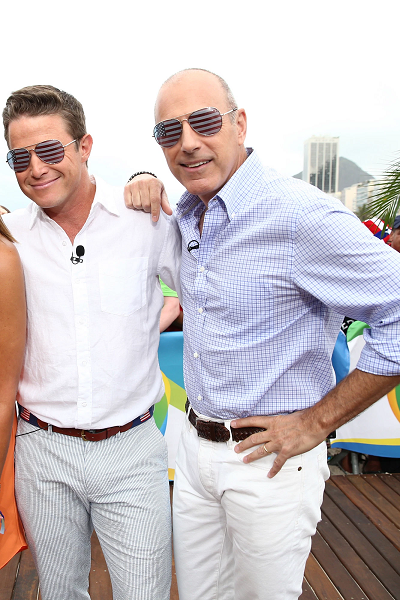 Matt Lauer managed to keep a straight face throughout.

While Billy Bush had just joined Today a couple of short months ago, his fat paycheck ($3.5 million/year), vibrant personality, full head of hair, and youthful good looks made him a top competitor to replace an aging and overpaid ($25 million/year) Matt Lauer.

While Matt Lauer can’t be blamed (as far as we know) for the leak of the Donald Trump tape, he certainly wasn’t unhappy to see Bush go.

Frankly, Matt Lauer is so powerful at Today that if he wants you gone, you’d better just start packing. The man is ruthless. 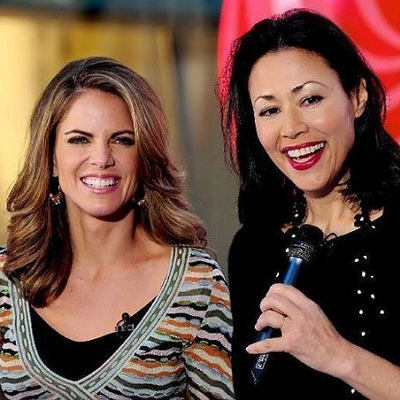 Yes, they are all gone, thank to Matt Lauer.

Hey, Willie Geist: Watch your back!

Billy Bush is out at ‘Today’

Billy Bush has been cut from NBC’s Today show for his role in Donald Trump’s lewd talk about women in a 2005 hot-mic tape. Settlement details were not immediately disclosed.

The end came Monday afternoon after the network spent over a week negotiating the terms of departure with Bush and his crisis lawyer, which followed internal discussion about whether to punish him and how.

A note went out to NBC staff from executive producer Noah Oppenheim on Monday, announcing that “Billy Bush will be leaving the TODAY show’s 9am hour, effective today. While he was a new member of the TODAY team, he was a valued colleague and longtime member of the broader NBC family.  We wish him success as he goes forward.” Thus ends Bush’s abbreviated time at Today, NBC’s beleaguered morning show, where Bush was promoted to co-host the third hour only this summer, after 12 years as an anchor on NBC’s entertainment-news show, Access Hollywood.Bush’s fate hinged on what he knew about Trump’s toxic tape, when he knew it and whether and when he told his new bosses at NBC News about it as soon as Trump declared he was running for the GOP nomination for president.

For 11 years, the recording remained unseen and unheard in an Access vault, until someone at the show unearthed it and Access and NBC News began preparing a report on it. When that report didn’t air immediately, someone leaked the tape to The Washington Post on Oct. 7.

It caused instant turmoil in Trump’s already struggling campaign: He at first dismissed it as mere “locker-room talk,” then apologized, then returned to discounting it as insignificant and irrelevant “words.”

Meanwhile, the tape turned out to be catastrophic for Bush, previously known for his genial demeanor, goofy antics and often superficial interviews with multiple A-list stars over the years on Access.

He issued a contrite statement hours after the tape leaked, saying he was ashamed and embarrassed, blaming his youth and immaturity at the time (he was 33, married and the father of daughters).

Journalists mocked Bush for his lack of news judgment: Why didn’t he say something about the tape? Did he just forget about it?

(In fact, Bush was heard bragging about the existence of the tape while he was in Rio covering the Olympics for his debut Today assignment.) 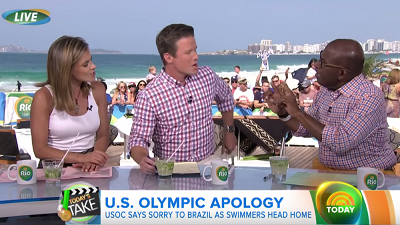 As derision and outrage against Bush flooded social media, he and NBC began negotiating his exit.

Today’s last high-profile ouster came in 2012, when the network paid Ann Curry $10 million to vacate her host chair in 2012 after a year in the top job. She then shifted to a new role as anchor-at-large and international correspondent before leaving NBC in 2015. But the move, calculated to regain Today’s lead over ABC’s Good Morning America, not only failed to achieve that but gave the show and hosts Matt Lauer and Savannah Guthrie a PR black eye.

Billy Bush is reported to have walked away with anywhere from $5-10 million. Not bad for three months work.

It will be interesting to see if any of the other NBC properties pick him up, or if the contract termination also signals an end to his working for any Comcast/GE/NBCUniversal/whatever property.

Lots of you got this one right.

Huntyplz was first and Virgo826 did a good job with the clues! As we told you earlier, Today’s dismissal of Billy Bush made Matt Lauer really happy!

Billy Bush (former salary $3.5 million) was being groomed by NBC to replace the overpaid Matt Lauer (salary $25 million) as the top host on Today.

The changeover looked inevitable until Billy Bush bragged about his vulgar interview with Donald Trump eleven years ago. NBC fired Billy Bush for his inappropriate conduct both during and after the interview.

With Billy Bush out of the picture, there was no replacement in the bullpen, and NBC was forced to pony up $20 million per year for the next two years just to keep Lauer.

Yes, $20 million a year represents a bit of a haircut from $25 million, but we somehow think that Matt Lauer will find a way to survive on it.

Donald Trump has saved another American job — with Matt Lauer signing a $40 million contract after his “Today Show” replacement was sent packing! The National ENQUIRER had the bombshell scoop on how NBC executives had given up on Matt after the newsman flubbed his gig moderating a presidential forum. But that was before Billy Bush trashed his own career over the 2016 election! A top source told The ENQUIRER in September that Matt “could be gone by the end of 2016” after the newsman was panned by both Republicans and Democrats after sitting down with Hillary Clinton and Trump. “To be so ill-prepared for a major news event is being viewed as inexcusable, and his head could roll,” added the insider — with Billy Bush all set to take over hosting duties!

But that was before shocking audio was leaked of Billy talking about women with Trump. NBC executives were both furious over Billy getting caught in a sex scandal — and reports that he’d actually given away the bombshell exclusive of the secret tapes!

Sources claimed that Billy had bragged about the footage of “Trump being a real dog” to his old co-workers at “Access Hollywood,” allowing the syndicated show to get the scoop!

Billy was promptly booted from ‘Today” in a move that insiders say saved Matt’s career. When Billy first joined the morning show’s 9 a.m. slot, sources told The ENQUIRER that it was “a case of when — not if — Matt’s divorce from the show is finally going to happen!”

But now the network has held on to the longtime “Today” host, with Matt reportedly making $20 million a year through 2018!

Bragging about the Donald Trump interview from many years ago cost Billy Bush more than his $3.5 million/year job.

It cost him the lead host job at Today, which would have likely paid him around $7 million/year to start.