[Blind Gossip] This comedic actor hails from a famous acting family. His wife is a successful actress, but her career has not been nearly as big as his.

At one of the Oscar parties, two people were talking about the fact that they hadn’t seen her in a while.

The first one asked, “How is she?”

The second one said, “What do you mean?”

The first one said, “You know what I mean. Is she thin? Or is she REALLY thin?”

The second one said, “Oh, yeah, THAT. She’s REALLY thin.”

The first one said, “Well, HE must be happy!”

Supposedly, a lot of her weight issues stem from the fact that her husband is always trying to control what she eats and how much she eats.

Christine Taylor is a beautiful actress. At the beginning of her career she was slim but healthy looking. Here she is as Marcia Brady in The Brady Bunch Movie in 1995. 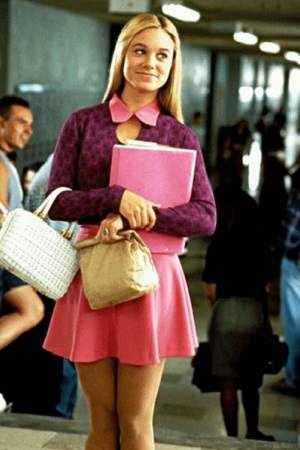 She married Ben Stiller – son of actors Jerry Stiller and Anne Meara – in 2000. Then she started getting thinner. And thinner. Below is a photo of her during a Meet The Fockers premiere event. 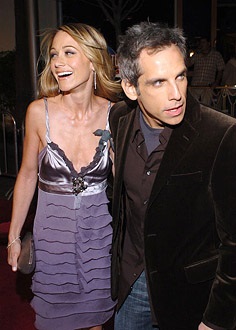 Remember when all of those internal SONY emails were published by Wikileaks a few years back? The Chairman of SONY Pictures’ Motion Picture Group wrote that “Ben is a talented, albeit horrible human being.” Ouch.

Ben Stiller has a reputation in Hollywood for being difficult to work with. It’s not that he is lazy or shows up for work inebriated. He’s just very, very controlling and a real perfectionist on set. Not everyone’s cup of tea. It’s not hard to imagine that his desire to be controlling on the set extended to his home as well.

Anyway, Ben and Christina separated last year. They seem to be getting along better now that they no longer have to live together. That’s good for the sake of their children.

Christine Taylor and Ben Stiller were recently spotted together on the streets of New York. Check out Christine Taylor now. Slim… but so much healthier looking than when she was married to him! 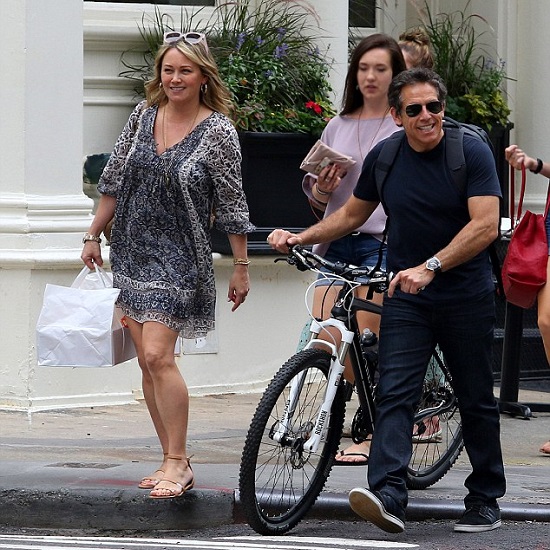 Separation suits you, Girl! Keep on being healthy!

Congratulations to Neduardo for being first with the correct response!