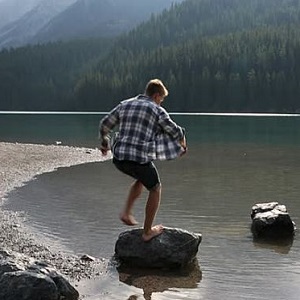 [Blind Gossip] It was a publicity-driven relationship, but this young singer and his family are still angry about his ex-girlfriend.

And wait until you find out who they blame!

Her mother was such a nightmare! It was supposed to be a mutual publicity relationship, but after the first few months the mother kept demanding more and more and more from him. She really wanted an “engagement.” The end came when she said that he needed to step it up because her daughter was now more popular than him and he needed the daughter more than the daughter needed him. That was too insulting.

Most people don’t know that she buys [social media] followers and her family pays [media outlets] to run articles about her. He made it on his own with his talent. Her family bought her career for her.

By the way, if you think back a couple of years, you’ll realize that we told you EXACTLY what this relationship was about and in what direction it was going… before it even started!

[Optional] Which half of this former couple is more famous? 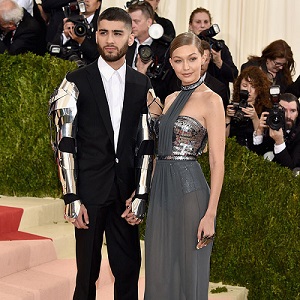 This marketing-driven relationship was contrived and exhausting from the start.

The result? Lots of publicity.

But the poor little rich girl with the bought-and-paid-for career and relationship and her pushy reality show mommy, Yolanda Hadid, just about pushed Zayn and his team over the edge with their demands.

It’s over for Gigi Hadid and Zayn Malik. After weeks of speculation, multiple sources tell Us Weekly exclusively that the couple have, once again, called it quits.

“They’re done,” one source explains. “They could get back together, but it’s over for now.”

A second source adds that the 23-year-old model “tried hard to make it work,” but the former One Direction member, 25, has “a lot of his own issues that she couldn’t help him get through.”

“She cut herself off from all her friends every time they were together,” the second source tells Us. “She focused all her time and energy on him, but it just got to be too much.”

Hadid and Mailk, who were first linked in November 2015, split for the first time in March after two years of dating. They announced their breakup in lengthy statements on social media at the time. Less than two months later, however, the pair were spotted packing on the PDA in New York City.

An insider previously told Us that Hadid and Malik’s relationship “has been very intense” since they reconnected in April.

“She’s really turned into a recluse and has been spending all of her time with him,” the insider noted. “It’s kind of a young love relationship where they’re so infatuated with each other and no one else exists at the moment.”

Speculation surfaced last month that Hadid and Malik split after they did not share any photos of each other over the holidays. The Victoria’s Secret model, who spent New Year’s Eve at pal Taylor Swift’s party sans the “Pillowtalk” singer, also shared a cryptic message on December 14, which had fans questioning her relationship status.”

This is clearly all from Hadid’s team. Note how she talks about “his” issues and how hard “she” tried.

She wanted the publicity for her fakey fake relationship, but also wanted her privacy. And she wanted to exit the relationship looking like she had sacrificed so much.

Oh, please. Let’s all move on from this ridiculous publicity stunt.

Congratulations to Gemini1993says for being first with the correct answer!