[Blind Gossip] We recently told you about a situation where an older industry man is dominating or controlling his younger girlfriend’s career.

This story offers a little twist on that theme.

Friends are worried about this successful, foreign-born young actor. His partner is twice his age and he now parents an entire brood of children. He is thinking of quitting the business.

She has always been like a Svengali to him, starting when he was a teenager and she was his boss. He loves acting and his career should be at peak right now, and he has, in fact, received a dozen offers in the past year. Yet he won’t take them on because she has convinced him that it is his responsibility to stay home and care for the children (including her children from a previous relationship) so she can go off and work on her own projects.

It is like she is like the mum and he is the compliant child. He does not even think for himself anymore. He is killing his career to please her.

By the way, when we say young, we mean YOUNG. Our handsome actor is still in his twenties!

[Optional] What advice would you give our young actor? 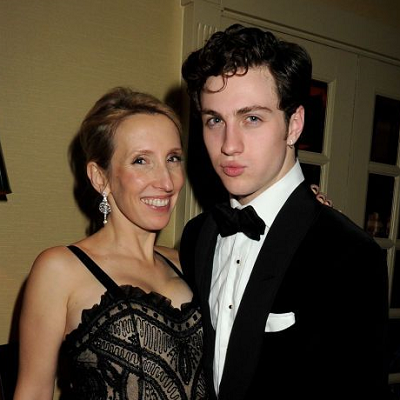 This relationship has always been controversial.

Aaron Johnson, a young English actor, began filming Nowhere Boy in 2008. The director of that film was Sam Taylor-Wood.

The two began dating. Yes, it raised more than a few eyebrows.

May-December relationships are fairly common in Hollywood. What made this one noteworthy is that she was the older partner… she was more than twice his age… and she was also his boss.

Aaron Johnson was at the very start of his career. The following year, he broke through as the lead in the movie Kick Ass.

Here is Aaron Johnson with costar Evan Peters (who moved on to American Horror Story and dating Emma Roberts). 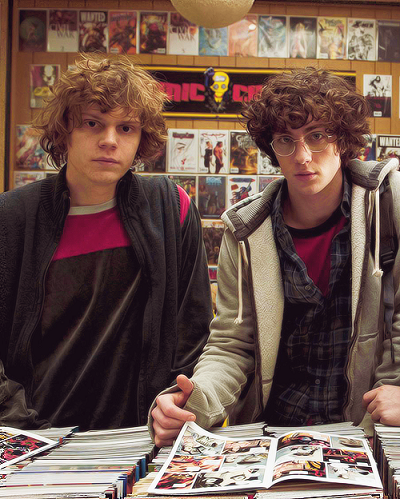 Johnson and Taylor-Wood continued dating, much to the chagrin of his friends and family.

Over the next two years they had two babies together. It was a full household as Taylor-Wood also had two other young children from a previous relationship. One of her children is only five years younger than Johnson.

The couple got married and combined their names to Taylor-Johnson.

His friends and family were seriously worried. His career was just starting and here he was married to a woman who was his mom’s age, a father of four, and sitting out offer after offer.

Was he really making these decisions freely? Or was he doing all this because he was under Sam’s control and she convinced him that is what he really wanted to do?

Of course, Sam insisted that was what Aaron really wanted. According to her, he wasn’t interested in being a 22-year-old movie star. He wanted to stay home and raise four children. 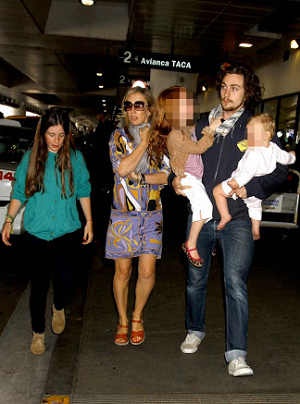 “We hardly go out now, it’s just us. You know what I used to be like. Aaron has brought a set of values I didn’t even know I was looking for, family values.

“He is more grounded. He has been getting work offers which he has turned down because he wants to be here for the crucial beginning months of [their child’s] life.”

Sam responds to eyebrows still raised over the couple’s age difference, saying, “If I gave a second thought to other people, I would be the unhappiest person, probably still in a miserable marriage. People like to talk about it. I’m like, ‘Yeah, but it works better than my last marriage.’ It’s lasted longer than a lot of my friends’ marriages.”

Aaron and Sam Taylor-Johnson have now been married for nine years.

Today, rumors surfaced that the couple was selling their house… and heading for divorce!

An unlikely social-media storm began when the pair put their £5.3million LA home up for sale.

“Aaron Taylor-Johnson please get that divorce king we’re rooting for you,” another added.

Here is a photo of their house. 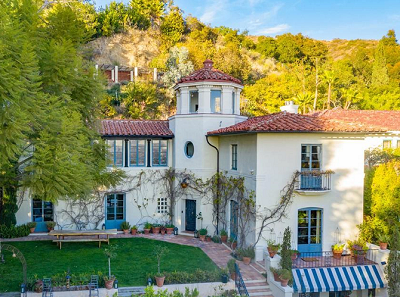 Now, the rumors may be just that. We don’t have any knowledge of a separation or a divorce and his publicists are not making any comments to confirm or deny the rumors.

It is interesting, though, that after all these years, fans still don’t approve of his marriage and are rooting hard for a divorce! 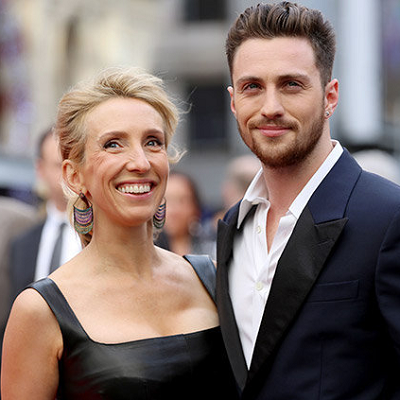 They are slated to work together on the upcoming film Rothko. Aaron is in the movie and Sam is directing. The film is currently in pre-production.

Congratulations to LeelooDallas1 for being first with the correct response!