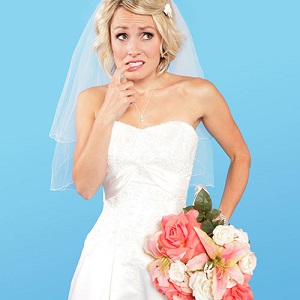 [Blind Gossip] There are so many stories flying around the block about this celebrity couple that it may be hard to keep track of what is true and what is not.

Allow us to help!

She says she knows the truth about those rumors that he cheated on her. Did he tell her the truth?

Sort of. He confessed to her about [one woman] but denied the rumor about [the other].

Does she believe him?

Not really. She knows his track record, so she is skeptical. She thinks he slept with both.

Is it true that she doesn’t have time to plan the wedding?

Hahaha. No. She’s a multi-tasker and she has help for everything. She also has plenty of time for non-work stuff like working out and shopping and vacations and doing photo ops. If she wanted that wedding to happen next week, it would happen!

So she may be stalling a bit.

Is she still planning to marry him?

Similar: A Couple Of Weeks

[Optional] Do you think they will marry? Why or why not?