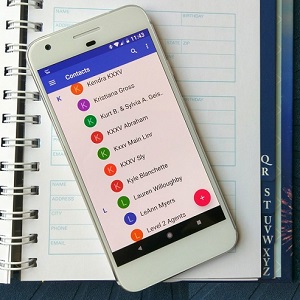 [Blind Gossip] Multiple affairs led to the end of this male celebrity’s marriage.

He’s trying to play nice with his ex-wife and is telling his current lady that she is the only one and that he is so grateful to have her in his life.

So is he reformed?

He has years and years of contacts in his phone.

When he is alone for five minutes, he just starts dialing. He likes the ones that are a little extreme in their looks. Lots of skin showing, hair, makeup, jewelry, plastic surgery, etc.

That’s a bit of a contrast to his ex-wife.

There’s one other thing.

There’s a couple of men in there too.

Maybe he’s just reaching out to all these people because he’s lonely.

[Optional] Do you think he will marry his current lady?