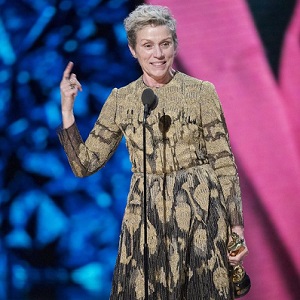 [Blind Gossip] This married couple was having a good night after The Oscars. After a few drinks, the actor’s wife revealed how they would celebrate their happiness later on.

She had a couple of drinks in her. She said that he normally gets a pass for a rear entry on his birthday, but that to celebrate the Oscars, he was getting a pass tonight. She was kind of hoping he would be too drunk or too tired by the time they got home to take her up on that.

BG Note: Not Oscar winner Frances McDormand, who was also at the after party.

Similar: How To Ruin An Oscar Gown