[Blind Gossip] This very famous rocker has been married to more than one famous and gorgeous woman.

We thought he had curbed his lascivious behavior a while back(because it was a major factor in his divorce from a certain actress), but a very recent occurrence shows that our middle-aged rocker is still using the same pick-up method he has used for years!

While he was onstage, he pointed out random girls in the audience for his security to give backstage wristbands to. After the concert, the girls all went backstage, where his security vetoed any who didn’t meet the criteria before they went into his dressing room.

What were the criteria?

All of the girls were gorgeous, but security actually said things to a few of them like, ‘No. You’re too ugly,’ or ‘No. You’re too fat.’ (By the way, the girl who was ‘too fat’ was around a US size 4!!)

Why do these girls allow themselves to be treated this way?

And does his current significant other know that he still does this sort of thing?

Any of his wives: 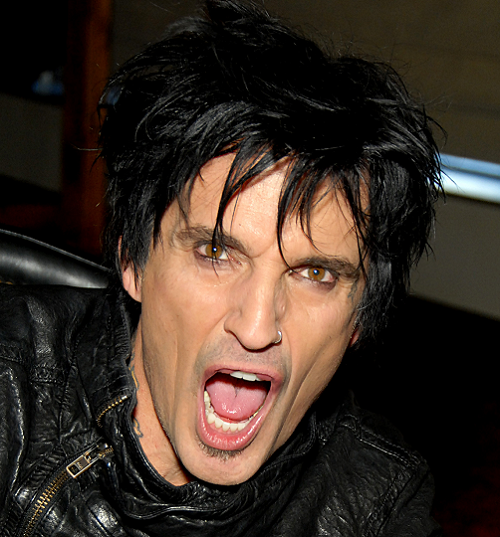 Any of his wives: Elaine Starchuk, Heather Locklear, Pamela Anderson

Rocker Tommy Lee, who is now 57 years old, is best known as one of the founding members of Mötley Crüe. 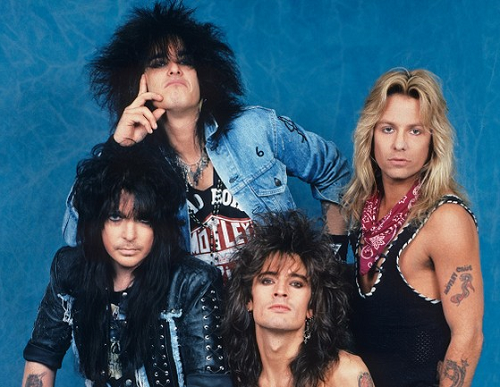 Tommy Lee is also well known for the many women he has dated or married.

In fact, he has been married or engaged seven times!

Here he is with actress Heather Locklear. 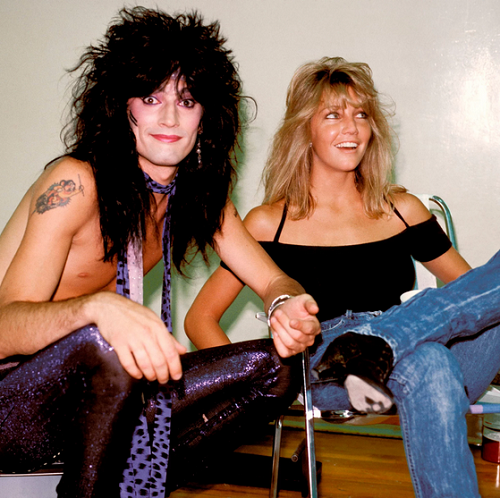 His marriage to Pamela Lee was particularly memorable for several reasons.

The two got married four days after they met. Yes, you read that correctly. Four days.

Then there was that pesky stolen sex tape in 1995.

Then there was that time Tommy Lee got a swastika tattoo and beat up a Jewish photographer in 1996.

Then there was that time Tommy Lee went to jail for six months for beating up Pamela Anderson in front of their two young sons in 1998.

What a great guy!

Tommy Lee was on tour with Motley Crue in 2015.

At that time, he was dating Sofia Toufa, a German singer and rapper. 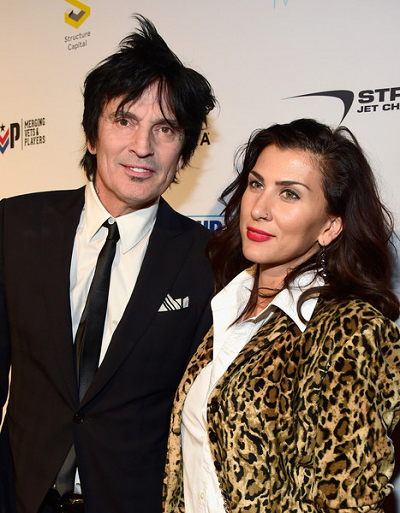 That didn’t stop him from picking up girls at his concerts!

We described his crass – and insulting – pickup techniques in the original blind item.

Tommy Lee and Sofia Toufa got engaged but never made it down the aisle. They broke up in 2016. 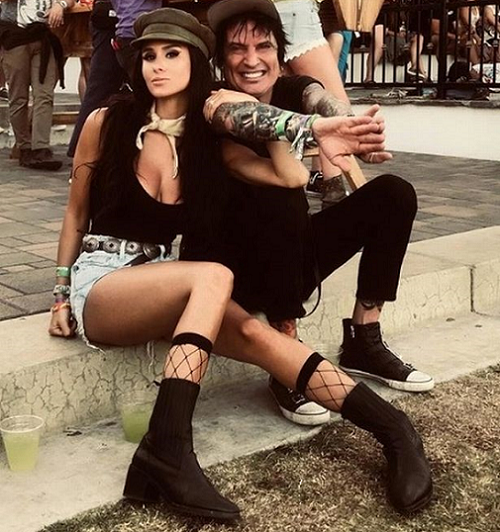 Does she know how sleazy he is?

Well, since her career was all about becoming famous on the Internet, perhaps she just doesn’t care. Anything for attention! 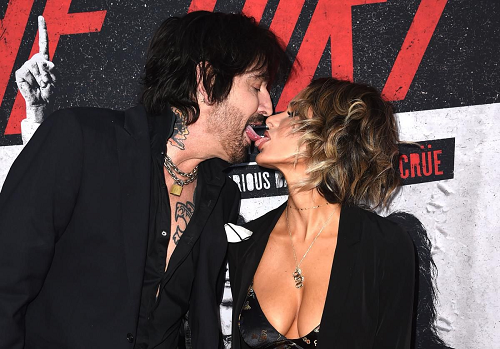 What a classy couple.

Congratulations to everyone who got this right back in 2015!