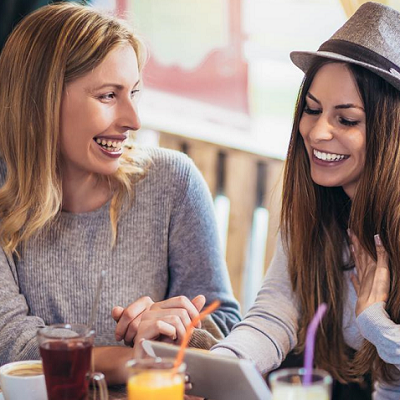 [Blind Gossip] This famous actress was enjoying a fun meal with girlfriends recently.

While this took place in California, it was a little cold out, so they were dining indoors out of the view of the paparazzi.

They were all in a good mood and were speaking loudly enough so that we could could catch snippets of their conversation here and there.

Our movie actress recently started dating a handsome man who has been on TV in various programs over the years. He is single, but not exactly a bachelor.

One of the women at the table asked her how her new relationship was going.

Laughter and cheers followed that revelation.

Her comment was especially amusing given a couple of her past relationships with male celebrities.

Then she was asked if she was in love with him.

Her reply was, “Maybe. Do you think it’s too fast?”

While we don’t normally encourage fast relationships, we would love to see our actress – who is as nice as she is talented – settle down with a man who values her. And who isn’t gay.

Put your foot on the accelerator, Girl!

[Optional] Do you think she will marry her new beau?