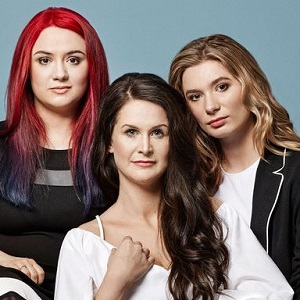 [Blind Gossip] If you thought that this actress was wearing a certain designer because she loved the dress or because she wanted to make some sort of feminist statement of support, think again!

This was actually a well-calculated publicity swap among three celebrities.

The Designer wanted sympathy instead of scorn and for celebrities to start wearing her clothes again.

The Editor wanted an exclusive with The Designer.

Editor told Designer that she could get a prominent celebrity to wear one of her designs to a much-photographed red-carpet moment if Designer gave her an exclusive.

Several big celebrities turned [Editor] down flat. They didn’t want their names linked to [Designer] AT ALL!

Editor finally recruited Movie Actress by promising her a big feature in the next year.

It was a completely calculated and self-serving publicity stunt for all three of them. Nothing to do with feminism or sisterly support at all. It’s basically all three of them engaging in a female circle jerk.

[Optional] Do you think this publicity stunt will save The Designer?