[Blind Gossip] This musician’s family has talked to two separate doctors in the past week about getting a psychiatric hold on him!

A 5150 hold (see below) can only be put on someone if they are a threat to themselves or others.

Remember Amanda Bynes? Despite months of very bizarre behavior, her parents could not obtain a 5150 hold on her until she soaked her dog in gasoline and set a fire on a stranger’s driveway.

After they got the 5150, Bynes’ parents were able to get themselves appointed her conservators and take control of her treatment and her finances.

Unless our musician threatens to harm or actually physically harm himself or others, his family can’t legally force him into treatment for his mental illness, nor can they take control of his finances.

In public, they will pretend that everything is fine. However, behind the scenes, they are taking several steps.

They are safeguarding their finances and keeping it firmly under their control.

To ensure the safety of the child/ren, they will make sure that he is never left alone with them.

And to ensure their own brand’s survival, they will put out lots of distracting stories about themselves, their projects, their houses, and their kids.

BG Note: California Welfare and Institutions Code Section 5150 authorizes a qualified officer or clinician to involuntarily confine a person suspected to have a mental disorder that makes him or her a danger to himself or herself, a danger to others, and/or gravely disabled. The person can only be held for 72 hours for evaluation, after which time the hold is extended or terminated.

[Optional] If you were his friend or family member, what would you do? Who told you months ago that a 5150 hold was coming?

We told you in February that Kardashian family members were discussing getting a 5150 psychiatric hold placed on Kanye West.

They were told they had to wait until Kanye West harmed/threatened to harm himself/others before they could get the 5150.

Well, that time has finally arrived!

Kanye just had a breakdown where he threatened to physically hurt someone. A doctor had him transported to a hospital against his will, handcuffed to a gurney.

Some reports are claiming that he was hospitalized for exhaustion and dehydration.

While they might try to minimize the incident by characterizing it that way, it is naive to think that Kanye West’s condition will be cured with a nice long nap and a couple of glasses of water.

Kanye is mentally ill, had a complete breakdown, threatened to physically harm someone, was involuntarily hospitalized on a psychiatric hold, and is now on suicide watch. ‘He Is Paranoid & Hallucinating’

The erratic rapper is on suicide watch after being rushed to the hospital yesterday afternoon in Los Angeles, sources have revealed to Radar.

In addition, treatment professionals placed West, 39, under a 5150 psychiatrist hold once firemen transported him to medical care.

According to California law, a 5150 occurs when a “person, as a result of a mental health disorder, is a danger to others or to himself.”

As we told you before, those threats of harm are what allows the family to take action.

“He was crazy and delusional,” an insider told Radar. “He is having hallucinations, and is paranoid.”

The father of two, who hadn’t slept in days, was “screaming” that people were trying to kill him.

West’s behavior in recent days has been shocking, even for the typically outlandish entertainer.

He blew up on stage over the weekend, blaming friends Jay Z and Beyonce for “hurting” him, before canceling the remainder of his tour. Kanye West’s personal physician is the one who called 911, warning the dispatcher Kanye was not violent but would become violent when police arrived to help him.

Law enforcement sources tell us, the call came in as a male with mental illness. Dr. Michael Farzam said his patient’s name was “Jim Jones, 39 years old, 5’8″, 175 lbs … suffers from temporary psychosis due to sleep deprivation and dehydration.”

The report goes on to say Dr. Farzam told police Kanye had attempted to assault a staff member at the gym.

We’re told Kanye was handcuffed to the stretcher because it’s protocol when cops are told someone is on a 5150 hold.

It will be interesting to see where Kanye goes after the initial 72-hour hold.

It will also be interesting to see who takes legal control of Kanye’s medical treatment – and his very considerable fortune – in the months ahead! 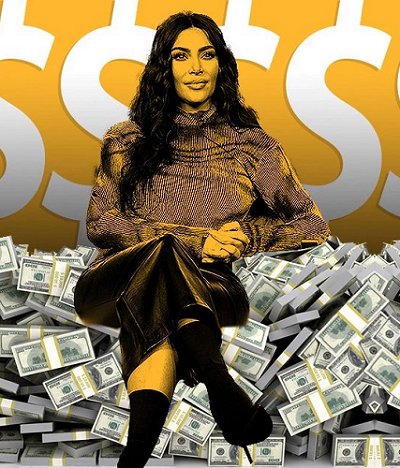 We wish Kanye well in his recovery.

Spikelb was first with the correct answer.