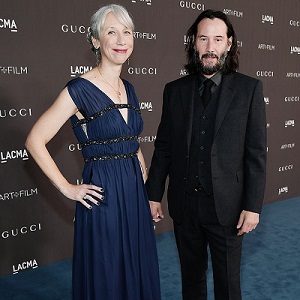 [Blind Gossip] This actress is a bonafide movie star.

She started out as a sex symbol, then evolved into a classic leading lady who has done over fifty movies.

While our beauty has been married to a respected director for more than twenty years, you may not know that she once quietly dated one of Hollywood’s leading men – who has always been known as a lady-killer – for over a year.

In the days before cell phones and texting, here’s how he showed his passion for her.

She likes to tell this story. “If I was staying in a hotel while filming in some city, he would ring up – sometimes ten times a day! – just to chat me up and see what I was doing. He was really quite c*nt-struck, you see.”

No, she has never dated Keanu Reeves!

Similar: Sandra And George And Rules

[Optional] What do you think of Keanu Reeves’ new girlfriend?