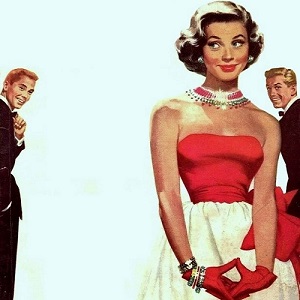 [Blind Gossip] Most husbands would be alarmed or angry if their wife’s famous and handsome ex suddenly started making contact on social media.

After all, what kind of man would feel compelled to slide into her social media accounts to like hot photos of her? That’s the kind of move that’s usually reserved for some shady dude who’s looking to instigate trouble… like a rapper beef… or a social media war.

So, is Slider trying to ease his way back into the celebrity wife’s life amid rumors of her marital trouble with the pop star?

And Pop Star is a little annoyed, but he isn’t genuinely threatened. Why? Because he knows that his wife’s relationship with Slider… was fake. She and Slider never actually slept together.

Shhh. Don’t tell the fans! They still think that relationship was real!

Although Pop Star is in a bit of a delicate emotional space right now, some faux jealousy and anger by him over the move would be rather amusing, though, wouldn’t it? It would certainly get the fans of all three celebrities riled up!

Similar: Over A Boy

[Optional] What should Pop Star do?