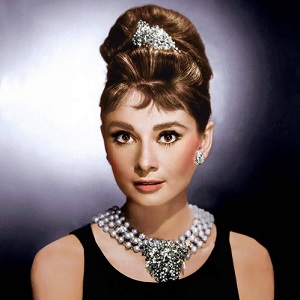 However, unlike Audrey Hepburn, this actress entered the industry based on her family connections.

Then, unlike Audrey Hepburn, our actress received awards that were whispered to be more about who she knew versus how talented she was.

She was looking at the list of who got an EGOT and she decided she really wants one. She said that if Audrey Hepburn could do it, she could do it. She hasn’t done Broadway herself, but thinks she might score a Tony another way. The Grammy is going to be tougher. She’s not going to be selling any albums, so she has to find a way around that. Maybe a producer credit or a spoken word recording?

Is it even possible that she could become more insufferable if she is able to pull this off?

[Optional] Do you think she will  successfully EGOT?