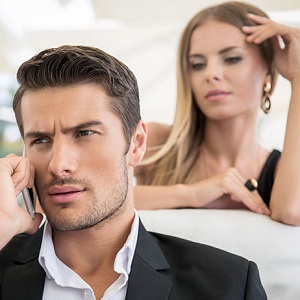 [Blind Gossip] This actor has starred in more than one TV series and plenty of movies. He is cheating on his current wife.

He says he can’t help it because “I’m very rich, I’m very famous, I’m very handsome and girls just throw themselves at me!” He says [His Wife] doesn’t suspect anything. He says as long as he puts on a lovey dovey display with her in public, she’s happy.

Mr. Deception certainly thinks highly of himself, doesn’t he? Apparently he thinks his big wallet plus a few public kisses go a long way toward providing acceptable excuses for his infidelity!

Similar: How Cheater Distracts His Wife

[Optional] Do you think his wife actually knows he’s cheating?