[Blind Gossip] That reality star needs a reality check about her beau.

She thinks that he is genuine and rich and looking out for her best interests. No. He is with her because she’s famous, he doesn’t have nearly as much money as he pretends to have, and he hopes that marrying her will take his business to the next level.

She’s being used. But she’s a little insecure about her age, her financial situation, and her prospects in life – and she needs a viable story line like a big proposal and a wedding – so perhaps she simply doesn’t want to know the truth!

[Optional] Do you think she can count on him to propose soon? Yes, this is the Blind Gossip blind item that Bethenny Frankel of Real Housewives of New York was talking about yesterday!

Within a couple of days of this blind item, Countess Luann di Lesseps announced her engagement to a businessman named Tom D’Agostino.

Hahaha. It’s not. Wait until you hear about this slimeball.

Countess Luann is not the only RHONY Housewife to have dated Tom. In fact, THREE members of this season’s cast have dated him!

Four million women on the isle of Manhattan, yet this guy has dated three women from the same reality show in the past year? Come on!

Ramona went on four or five dates with Tom last year, unaware that he was also sleeping with Sonja at the time. 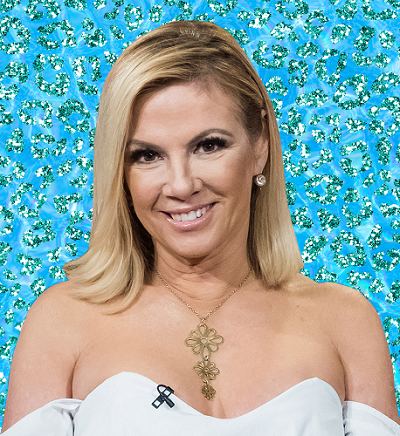 Sonja has been lovers with Tom for the past TEN YEARS and last slept with him in December.

Luann got engaged to Tom the same week we originally published this blind item. At that point, she had only been dating him a couple of months, but called him “her soul mate.”

Ramona: “What kind of man goes after three girlfriends? Why would he be doing her and asking me out? He’s screwing Sonja, he’s dating me, and he’s engaged to Luann?!

Bethenny: “The fact that three people’s lips [from our one show] have touched Tom’s…. whatever part of his body… is joy to me.”

Dorinda: That’s just not right. Was there at least a change of bedding in between dates?

To celebrate her engagement, Luann invited the other women on the show women to an engagement cocktail party on a yacht in Miami.

This is all staging, people! They don’t really have any money. And yes, the whole thing with all of Tom’s girlfriends in one place was awkward. 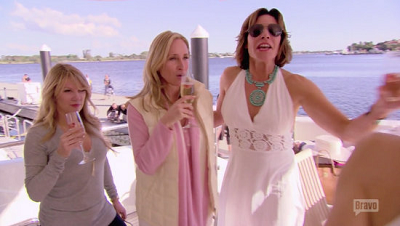 There was also a lot of squabbling over who was leaking information to the press about how Tom had been with several of the women on the show. The answer should not surprise you. It was Luann, who is over 50, has no job, no money, no story lines, and NEEDS DRAMA TO STAY ON THE SHOW.

Ramona said it was “common knowledge” that Luann regularly calls the media to report stories about herself, and that it was “desperate.”

Bethenny did not attend the party, but did make a significant contribution at the end of the show, when she let a couple of the women know that she had some inside information about Tom that “would probably end the engagement.”

Here is a summary of what Bethenny told them:

He’s not really wealthy on his own. He’s got a family name. He only dates wealthy women and they pay for everything. And he has not been faithful to Luann already. [Two days ago] he was making out with a girl for over an hour at The Regency Hotel. 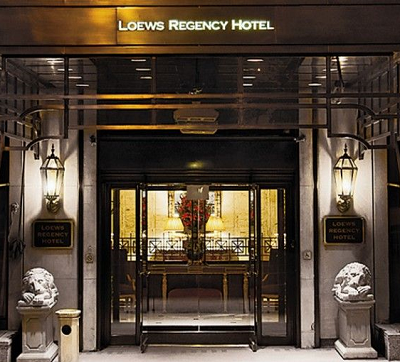 I have a picture of him and the girl making out.

Bethenny will spill to Luann about her slimy soul mate in the next episode. Luann will milk the drama on this through the entire season.

Congratulations to Lisako for being first with the correct answer! 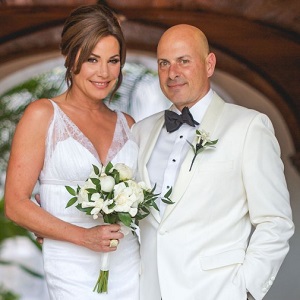 Luann has filed for divorce from that awful, slimy guy she married just a few months ago.

After just eight months, LuAnn de Lesseps and her husband Tom D’Agostino have filed for divorce, the Real Housewives of New York star confirmed this afternoon.

“It’s with great sadness that Tom & I agreed to divorce,” she tweeted. “We care for each other very much, hope you respect our privacy during this sad time!”

While the pair rarely spoke, de Lesseps cozied up to another group of men.

As Radar readers know, the marriage has been in trouble since before their lavish New Year’s Eve wedding.

Radar first reported that D’Agostino had cheated on his then fiancé with another woman in New York’s Regency Hotel while she was preparing for their engagement party in Miami.

Your friends at Blind Gossip reported a year and a half ago that this guy was a lying slime ball who had no money but still managed to sleep his way through the Real Housewives of New York cast.

Bethenny Frankel even cited Blind Gossip to Luann in order to get her to reconsider her relationship with his guy!

He was determined to land a housewife one way or another… and Luann needed the story line badly enough to ignore the facts.

Is anyone surprised at this outcome? Of course not.