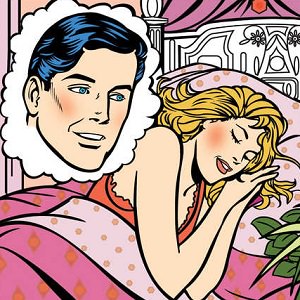 [Blind Gossip] When a a celebrity says one thing and then does the opposite, what should fans believe?

You should believe what he does.

Let’s say he claims that brunette women are his type. However, you notice that he has dated ten blonde women in a row. What is the truth?

Well, it means that he likes blondes… but wants to give brunette women (who constitute a large percentage of his fans) encouragement that he really cares about them. He wants to give them hope that he might like THEM someday! It doesn’t matter that it is a lie. He is playing to their fantasies. The younger the fan base, the more likely this tactic is to work.

Has our celebrity ever actually publicly dated a “brunette”?

No, he has never fancied that type of girl! Never will. He’s just saying it because he thinks it makes him look good. His fans love that sort of codswallop. There’s a big gap until [his next project] comes out. He needs to keep fans thinking about him. A few porkies now and then never hurt anyone.

Sorry, “brunette” fan girls! You are being played.