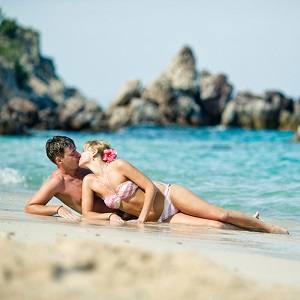 [Blind Gossip] When you see one of the those photos of a new celebrity couple caught in a supposedly private moment at a remote location, chances are the photo was not taken by some random passerby.

That’s the case with this new celebrity couple. Both are athletes, and both know how to use the press to push their own agendas.

Her team contacted [a well-known photo agency] and told them when and where they were going to be. The pics are supposed to look like they were taken by some tourist who just happened to snap them in a private moment. Nah. It was all arranged ahead of time.

Interesting that it was her team instead of his team that arranged this. This likely means that although she is transitioning in her sport, she has no interest in transitioning out of the public eye!

By the way, we’re not saying that the relationship is fake. For now, let’s just say… that some aspects of it are definitely “arranged.”