[Blind Gossip] This singer worked on a project partially based on the premise that she was getting married.

Then her fiance broke up with her.

The truth behind the break up would make her look bad. So she canceled the project.

Ha! Just kidding. Our singer isn’t about to cancel any project where she is the star! She just needed to change the narrative in post-production.

No one dumps her. NO ONE! She didn’t want to cancel the contract because she still has other projects to sell, so she simply had them change the narrative in post. They’re putting [her fiance] onscreen only when absolutely necessary, but she’s the one doing all the talking about the wedding plans. She has to come out of this looking like she was totally in charge of what went down.

What about her new love interest?

He is just a device to make her look like all men want her and like the break up is [her fiance’s] loss. The footage was cut in there after the breakup to make it look like they had chemistry all along.

Similar: The Secret Reason Behind This Singer’s Breakup

[Optional] Do you think they will get back together? 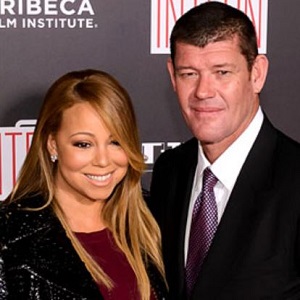 The series was supposed to be about Mariah and her fiance, billionaire James Packer… but then they broke up.

Mariah did NOT want to cancel the contract for the show! So they changed the focus of the show from the engagement/marriage to the breakup.

However, they couldn’t show Mariah being a victim of a breakup. Mimi is no victim! And no one dumps Mimi! They HAD to introduce a new man into her life to create drama, to show how desirable she is, and to show her “moving on” from the breakup.

That’s where backup dancer Bryan Tanaka came into the picture! They basically re-cut the footage to make it look like he was waiting in the wings as a potential love interest all along. Of course, it was all a lie. However, he was willing to do it for the publicity, and she was willing to do it to keep the show afloat.

In the end, though, the show was still a flop, had terrible ratings, and got canceled.

Mariah will brush this off as planned and say that the show was only supposed to run for one season… but she actually was hoping for an ongoing series. 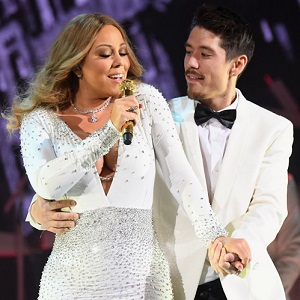 E! will not be producing a second season of the Mariah Carey reality series, according to Variety. Although Mimi’s Lambs are probably heartbroken over the news, the network always promoted Mariah’s World as an “event series,” implying that it likely would only run for one season.

The crux of the eight-episode season was about Carey embarking on a world tour while being the unapologetic diva she has every right to be. The series also chronicled Carey’s split from her fiancé James Packer and her budding romance with her current beau, backup dancer Bryan Tanaka. But with the tour and her engagement over, it seems like it was fated that Mariah’s World would be a one-season wonder.

However, if Mariah’s World had managed to net more viewers than the meager amount who tuned in each week (between 510,000 and 810,000 people per episode, excluding the series premiere) it is always possible that the singer and E! would have reconsidered the one-and-done deal for the series.

But as it stands, Mariah’s World is no more and maybe it’s better than way. Let Mimi be the elusive chanteuse she’s always been meant to be.

Since Mariah Carey can not be alone, Bryan Tanaka will stick around until she replaces him with a new love interest.

Congratulations to Jojo5282 for being first with the correct response!