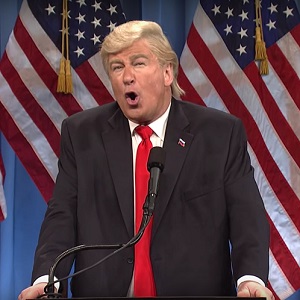 [Blind Gossip] Remember that blind item we did a year ago about Alec Baldwin saying that he wasn’t going to play President Donald Trump anymore?

We told you that he was lying.

Here is a similar story about another famous actor!

This over-30 actor is claiming that he is done performing a character that has brought him fame, fortune, and a lot of attention over the past few years.

Is he telling the truth?

He wants to do other things, too, but he is not done playing this larger-than-life character. In fact, he’s already asked the director of his last film to keep him posted in his search for a great follow-up script about same character!

If the story is right and the money is right, he will do it. He was also talking about bringing [famous actress] into the film as a new character.

We were wondering what they were talking about at that dinner. Now we know. He wants to work with her!

[Optional] Would you like to see him and famous actress work together?