[Blind Gossip] This under-30 actress from a famous acting family was at the Met Gala. She was sans the actor beau with whom she has been in a relationship – on and off – for over a year.

The fact that she was there without him was not unusual. Lots of attendees received invitations that did not include a “plus one.”

She was asked how the relationship was going.

Her hand was behind her back, so it was unclear if she was wearing a ring or not. The question was about their relationship status. Were they dating/engaged/or what?

She held out her hand with the ring and said, “We’re engaged. I’m planning on getting married in the next year. I don’t know what his plans are.”

We can’t decide if that response is funny or scary!

[Optional] Do you think they should get married? 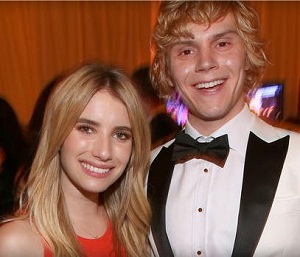 Blind Gossip readers said that they should not get married.

And now they will not get married.

Actors Emma Roberts and Evan Peters have broken off their engagement!

The two went back and forth multiple times from 2012-2019. Dating, breaking up, getting bloody noses, getting engaged, breaking up.

Emma Roberts is reportedly moving on from her seven-year relationship with former fiance Evan Peters – and doing so with Garrett Hedlund.

Us Weekly and E! News reported that Roberts, 28, and Peters, 32, officially called off their engagement, and Peters has moved out of their home. Meanwhile, the actress has been recently photographed getting close to Hedlund in public. 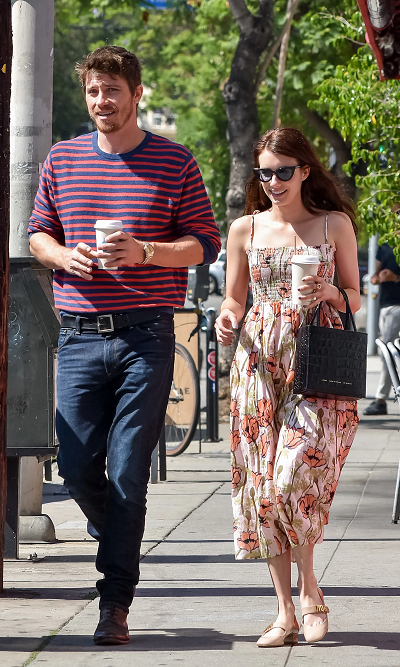 Roberts and Peters, both of whom co-starred on FX’s “American Horror Story,” first became engaged in 2013, before calling it off in 2015 and later reuniting in 2016.

In 2013, the couple was involved in a domestic dispute in Canada, with Roberts briefly being taken into custody after police said she bloodied Peters’ nose.

Hedlund, 34, most recently appeared in Netflix’ “Triple Frontier.” He dated his “On the Road” co-star Kirsten Dunst for four years before their split was reported in 2016.

Roberts is the daughter of actor Eric Roberts and the niece of Oscar winner Julia Roberts. 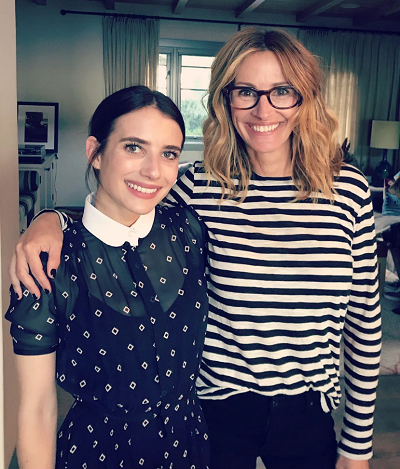 You can read more about their relationship and break up in the RELATED blind items below.

Congratulations to The Momica for being first with the correct response!

RELATED: She Is Psycho

RELATED: Where Is Your Boyfriend

Like the SOLVED blind items? Read more of them HERE!