However, she recently gave a very cool, matter-of-fact explanation about her breakup with another major actor last year.

Rather than comment on the actual fury and rage that precipitated that breakup, we’ll tell you a story about why her previous boyfriend hit the road.

The previous boyfriend is also an actor. Foreign born, very handsome (but not very famous). He and the actress dated for many years.

We believe she even said that, for all practical purposes, they considered themselves to be married.

Well, he sure wasn’t faithful to his “wife”!

The couple was on a vacation at a very posh resort in Mexico.

The actress was not much for mingling with the other guests, and mostly stayed in her villa.

The actor, on the other hand, participated in a lot of resort activities and was friendly to the staff.

Just a couple of days after they arrived, he and a very pretty yoga instructor were caught having sex in the bushes… less than ten yards away from the actress’ villa!

The actor begged the hotel staff who discovered them not to tell the actress, and slipped them a few dollars to keep his secret.

We suspect that our actress found out about the incident though – and may have even been more than a little mad.

Because immediately after the vacation, she took off her “commitment ring” and broke up with the rogue actor, saying that the relationship had simply “run its course.”

Yes, another cool and matter-of-fact explanation!

[Optional] Is she just picking the wrong guys?

Charlize Theron is gorgeous. Here she is in an ad for Dior. 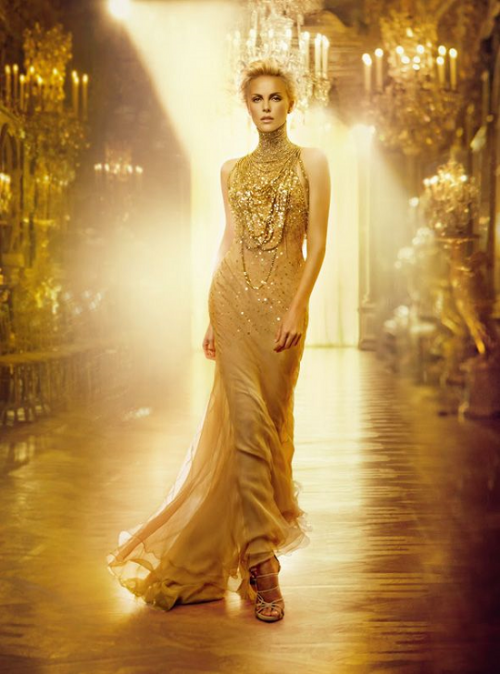 Charlize Theron is talented. Here she is in 2004 holding the Academy Award she won for Monster. 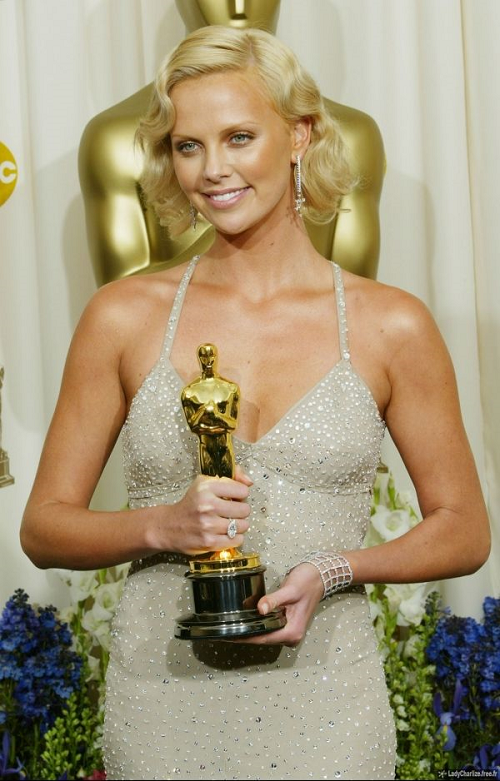 Yes, she’s gorgeous. She’s talented. And she has terrible taste in men.

Irish actor Stuart Townsend is an excellent example of a terrible man.

The pair dated for approximately ten years. He used to say that he and Charlize were “married.” 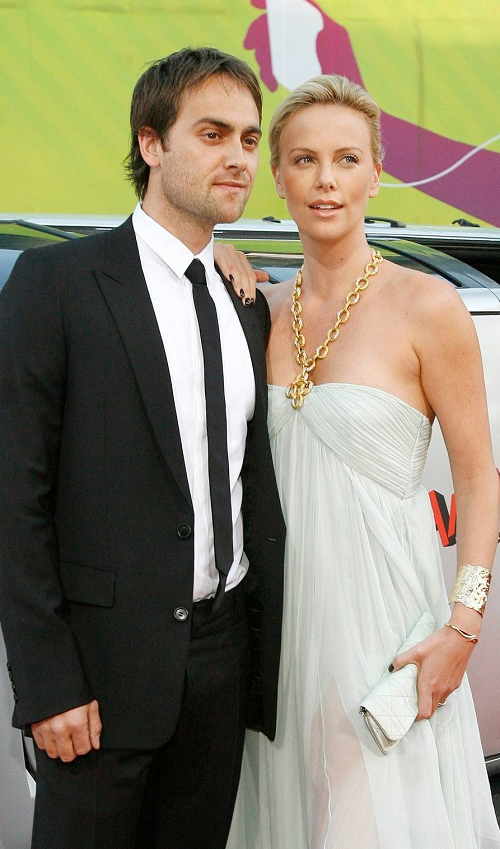 They broke up very suddenly after a vacation in Mexico.

Thanks to your friends at Blind Gossip, now you know exactly why they broke up!

Townsend got caught in the bushes with the yoga instructor.

No big loss. Stuart Townsend went on to marry another woman… whom he was arrested for assaulting in 2019.

Irish actor Stuart Townsend is reportedly facing a felony charge for allegedly getting in a physical argument with his wife.

LAPD confirmed to Independent.ie that he had been arrested and was released on bail. A court date will be set in the coming weeks.

The actor’s neighbors called 911 complaining of loud screaming coming from his home in Santa Monica.

When the authorities arrived at their home Townsend and his wife could be heard arguing from outside the house.

Police separated the two, but Townsend allegedly warned his wife not to say anything. His wife reportedly complained of a pain in her arm.

The charges were eventually dropped… but he’s still not a nice guy.

Back to the lovely Charlize Theron.

After Charlize Theron and Stuart Townsend broke up, she moved on to another actor.

Which lucky guy was the recipient of all that beauty and talent? 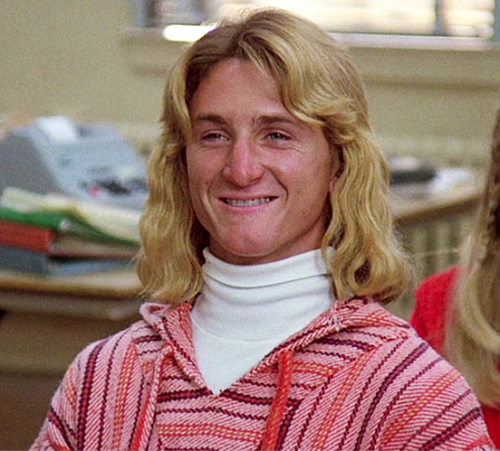 Every time Spicoli starts dating another actress, we want to wave them off like Joey King waved off the fighter jets to keep them from bombing the White House in White House Down.

NOOOoooo! Don’t do it! 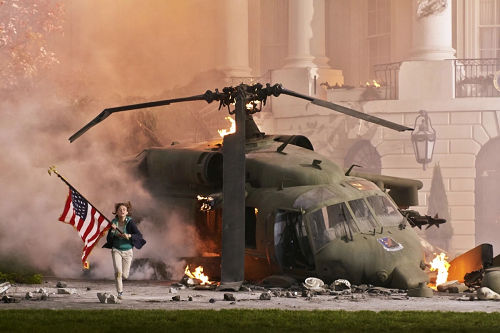 Alas, it would have likely done no good.

Sean Penn knows how to reel in famous women.

Their relationship was filled with fights, cheating, allegations of domestic abuse, DUIs, assault and a two-month prison term. 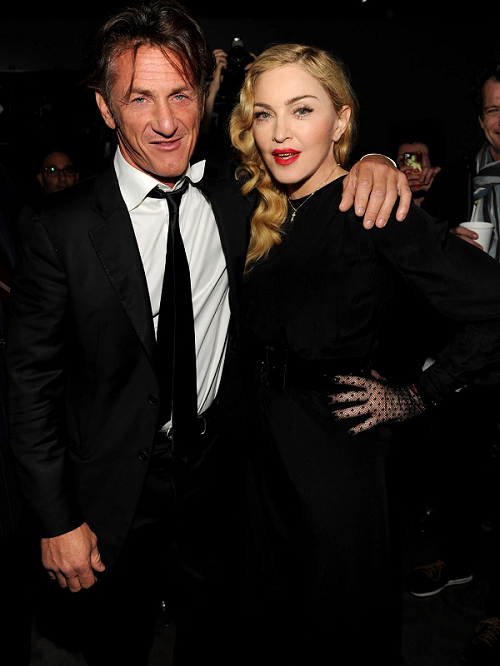 Actually, the real low point of their relationship was Shanghai Surprise. 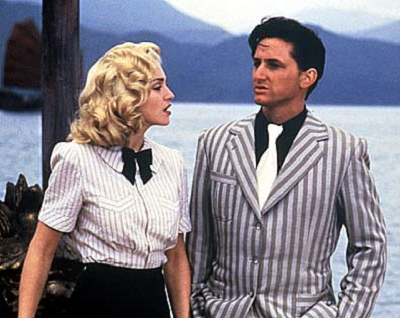 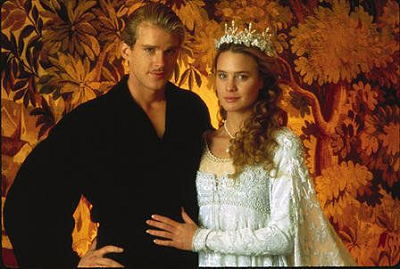 That’s not Sean Penn in the photo. That’s Cary Elwes and Robin Wright in the classic movie The Princess Bride.

Alas, Sean Penn did not turn out to be a Westley.

We won’t go through the list of dramas that their marriage endured, but it concluded with Sean Penn calling his marriage to Robin Wright Penn “a fraud.” 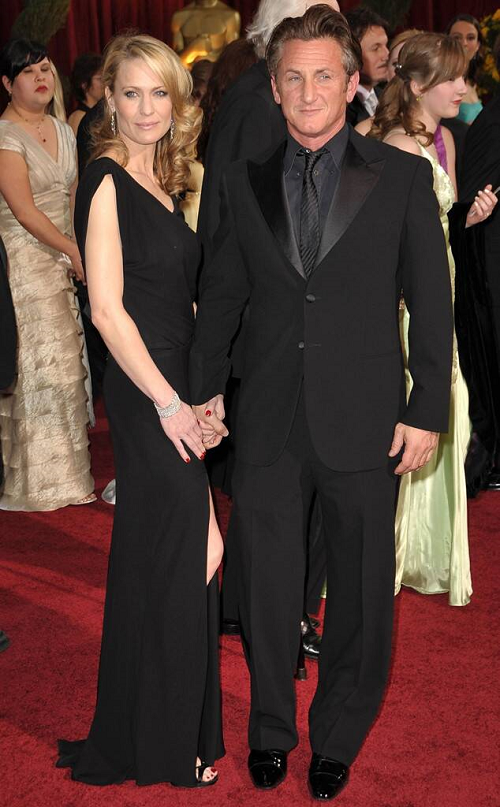 Sean Penn dated Scarlett Johansson (The Avengers) when she was 26 and he was 50. 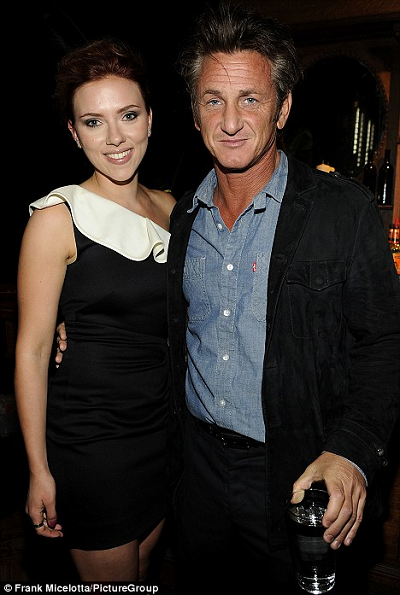 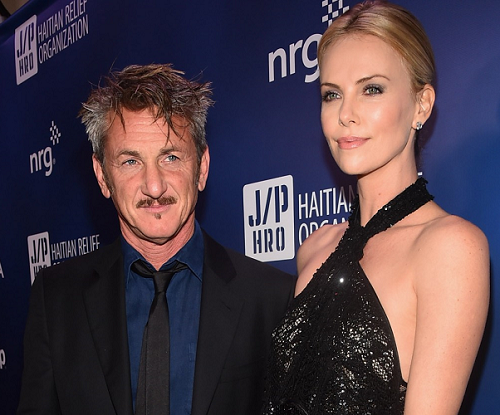 There were rumors that Penn and Theron had gotten engaged but that didn’t actually happen. They dated from 2013-2015 before calling it quits.

Interestingly, Theron ghosted Penn and does not like to talk about their relationship. That pretty much tells you everything you need to know.

So, why are we bringing all of this up now?

First of all, Sean Penn got married this weekend!

Her name is Leila George. She’s an Australian-American actress. She is 28. He is 59. 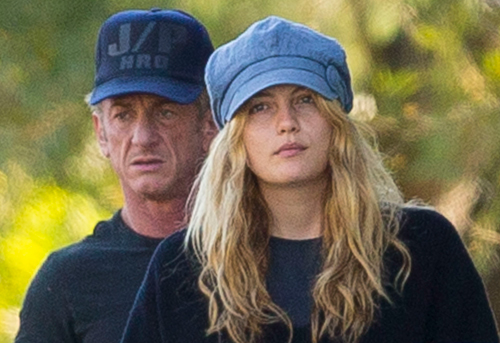 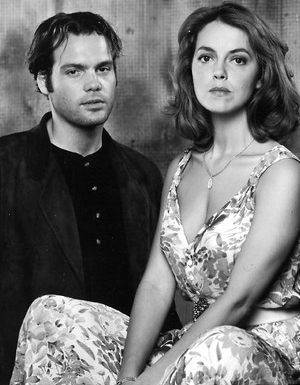 Vincent D’Onofrio had this reaction when he found out that his daughter had just married Sean Penn: 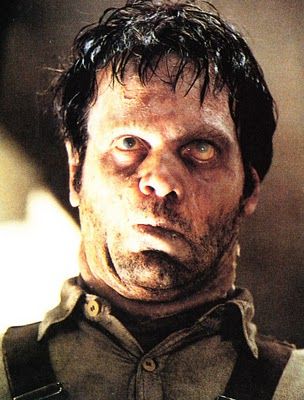 Just kidding! That was Vincent D’Onofrio’s character in Men in Black.

Anyway, Sean Penn showed off his wedding ring last night on Late Night With Seth Meyers to confirm the nuptials. 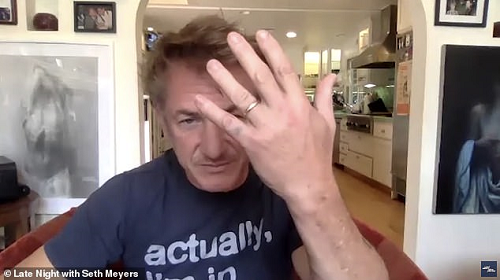 Second of all, Charlize Theron just made a statement to The Mirror about her love life… and she actually mentioned Sean Penn!

The Hollywood star has not had a live-in romance for 10 years – but she’s so happy with her own company now she would prefer it if any future love interest moved in next door.

We want to note that although she hasn’t lived with a man in 10 years, she has dated.

Instead of finding Mr Right, Oscar-winner Charlize, 44, thinks it’s much more important to focus on raising her two children.

The outspoken actress said: “I don’t know if I’ll ever be able to live with somebody again. To be totally frank, they might have to buy the house next to me.

Asked if she gets lonely, Charlize insisted: “I don’t. I’ve never felt alone.”

And she laughed off suggestions that she is scared of romance and love.

“No, not at all,” she insisted. “My life right now just doesn’t allow for a lot of room for something like that to happen – something that’s already incredibly difficult to achieve when you’re not a single mum.

Here is Charlize Theron with her two very cute children. The elder was born a boy but now identifies as a girl. 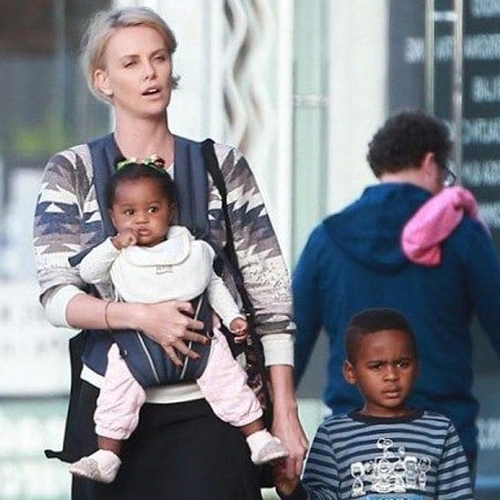 “But in saying that, there’s not this need that drives me.”

Charlize does like to be wined and dined. She said: “I enjoy being set up on dates. I do what I guess everybody else is doing out there.

“I’m open, I have fun. I can have a fun text exchange with somebody. But I don’t know if we’re going to f***. I don’t know what’s going to happen.”

Charlize last cohabited full time with Irish actor boyfriend Stuart Townsend. They were engaged, but broke up in 2010.

This blind item just told you why.

Her last boyfriend was actor Sean Penn. They split up in 2015. But Charlize closed down talk that she and Sean had also been planning to wed.

So, there you have it.

We wrote this blind item the year after Mad Max Fury Road – starring Charlize Theron – was released. We gave you “fury”, “road”, and “mad” as clues. 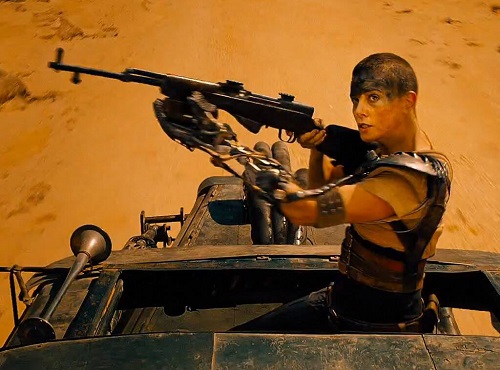 Congratulations to Mamasaid for being first with the correct response!

Kudos to Lisaka for doing such a good job with the clues!

Congratulations to Sean Penn on his marriage!

Good luck to Charlize Theron on home schooling her girls!

Rent The Princess Bride this weekend!