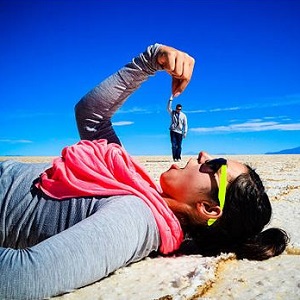 [Blind Gossip] If this latest Hollywood pairing seems a little odd to you, you have good instincts!

This fame-hungry actress only dates famous men. Her last boyfriend was a major athlete. Their relationship was in the news a lot. He sent her packing and has since moved on to date a female athlete.

Hungry didn’t move on as quickly. She was looking for another famous beau, but was having trouble finding one who was famous, age-appropriate, handsome, eligible, etc.

Then two rumors came in quick succession that forced her hand.

The first was that Hungry was dating the actor who had recently separated from his famous and friendly wife.

The second was that Hungry was dating the actor who had recently separated from his famous blonde wife.

Uh oh! Neither rumor was true, but Hungry did NOT want to irritate Friendly… or Blondie… or be labeled a homewrecker by the public!

She had to get paired off quickly with someone else.

With no famous male options available, her team grabbed some little-known actor and put out some revisionist history that he and Hungry have secretly been dating for months. Oh, please. Like anyone seriously believes that one of the most publicity-hungry women in Hollywood has somehow avoided being photographed with a handsome, single actor until now?

So, what does Hungry have in common with her new “boyfriend”?

Similar: How The Actress Controlled The Athlete

[Optional] How long will she stay with the new “boyfriend”?