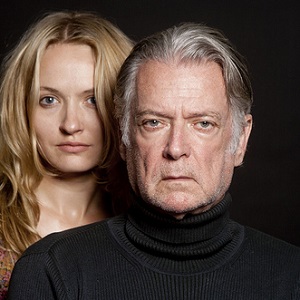 [Blind Gossip] You’re probably scratching your head over this new couple that includes an Oscar nominee/winner. It’s actually not that puzzling.

She wants to be a really serious actress and she sees him as a way to get there. She not above faking it if it gets her what she wants. He’s already talking about giving her a part that starts out as a teenager and then ages. I don’t know what film it is.

Well, she did do a good job “dating” that actor a few years back, so maybe she does have the chops to be a “serious actress”!

As for her new Oscary beau… well, he said that his last girlfriend was just too young for him… and our serious actress is even younger. So, he’s just a liar.

[Optional] How long do you think this relationship will last?