[Blind Gossip] This wealthy guy is probably so dazzled by the beauty and fame of his new celebrity girlfriend that he does not even realize what’s about to happen to him!

Years ago, she started dating a famous actor. They dated for a long time, but he would not propose. Then she got pregnant. A couple months later they were married.

She learned from that experience that a pregnancy is a great way to get a man to commit to you.

They were only married for a year before she started looking to trade up to to someone wealthier. It didn’t matter if they were ten years younger or twenty years older, a nice guy or a complete jerk, as long as they were worth at least $100M.

Just a few months after dating one of them, she moved into his house. She managed to score some pretty lush digs and toys while she was there, although she was never able to procure that big prize: a baby that would anchor her to the gazillionaire for life. He never did propose to her.

Not to be deterred, she has moved on to a new target. Someone needs to tell her new beau about her modus operandi… because we hear that she is ready to pull the same stunt with him. She wants that anchor baby badly!

Any of the men:

[Optional] What are the chances of her having his baby? Any of the men: Orlando Bloom, James Packer, Evan Spiegel

By 2010, with no proposal in sight, Miranda got impatient. She got pregnant with their son, Flynn. Bloom proposed, and the couple finally did marry in 2010. 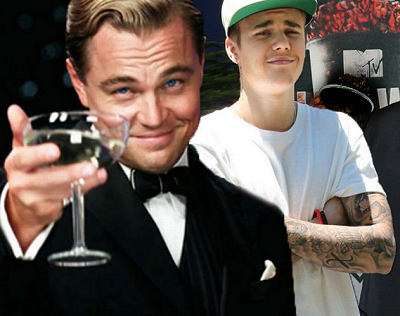 Kerr and Bloom divorced in 2013, and Kerr immediately moved in with the 48-year-old Packer.

Packer didn’t propose either, and he broke it off with her before she was able to secure him via an anchor baby. (Note: Packer is now engaged to singer Mariah Carey.) 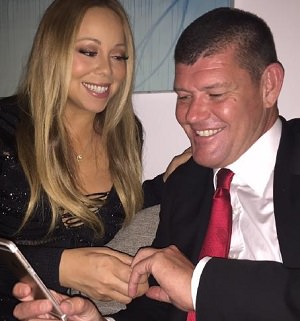 When 33-year-old Kerr met Even Spiegel – the 25-year-old billionaire founder of Snapchat – in 2014, he was dating model Lucinda Aragon. You might remember Lucy as a contestant on The Bachelor.

Long story short, Kerr pursued him, he dropped Lucy in 2015, and a year later, Spiegel and Kerr are engaged.

My, that was fast! No anchor baby yet. Just a ring big enough to serve as an anchor.

In case you are keeping score at home, that’s five rich men in five years.

Kids, that’s the kind of persistence that will eventually land you a naive billionaire.

Here is the news of their engagement from Us Magazine:

Miranda Kerr Engaged to Snapchat Founder Evan Spiegel After a Year of Dating: See Her Ring! Miranda Kerr is engaged to Evan Spiegel after a year of dating, a rep for the Snapchat cofounder and CEO confirms to Us Weekly.

The supermodel, 33, shared the happy news by posting an Instagram photo on Wednesday, July 20, complete with a custom Snapchat filter, of course. “I said yes!!!” she captioned the pic, which showed her diamond ring and featured a Bitmoji cartoon depiction of the proposal and the words “Marry Me!”

The pair first stepped out together in June 2015, and in May they purchased a $12 million mansion in L.A.’s Brentwood neighborhood.

Everybody got this one right! Congratulations to Bumblebea63 for being first!