[Blind Gossip] Which female media darling’s handlers had to scramble to keep her from being embarrassed by a half-empty room?

The recent event was announced at one venue, but organizers started panicking when they failed to sell out even half the seats.

Their choices were to try to block off half the venue, offer the seats for free, or move to a smaller venue.

If they had done the first or second, the press would have had a field day mocking their client’s popularity.

So, they quickly scrambled to move the event to a different venue with a seating capacity that was less than half of the original!

Perhaps having millions of online followers doesn’t necessarily mean that people are actually willing to pay to see her?

BONUS CLUE: She is on TV, but she is not an actress.

[Optional] Would you be willing to pay to see her? Why or why not? Earlier this year, Kim Kardashian gave a talk in San Francisco. The event was billed as “a public interview to dish on her new book Selfish, the Kardashian Jenner clan, the business of millennial culture, the objectification of women in media, and more.”

In a Vanity Fair piece, the author tried to make it seem as if there was a huge crowd:

The auditorium at The Castro held far more attendees than the typical Inforum event, which organizers say usually draws about 650 people. Nearly all of the 1,400 tickets available—which started at $50 and peaked at $220 for V.I.P. packages—were sold out.

The truth is that the venue was changed from The Paramount Theatre to The Castro Theater at the last minute… because there were so many unsold tickets!

Kardashian’s visit was first announced on SFGate on June 12, 2015:

Media star Kim Kardashian West will speak at the Paramount Theatre in Oakland on June 30 as part of the Commonwealth Club’s Inforum series.

The Club’s website confirmed the date and the location. 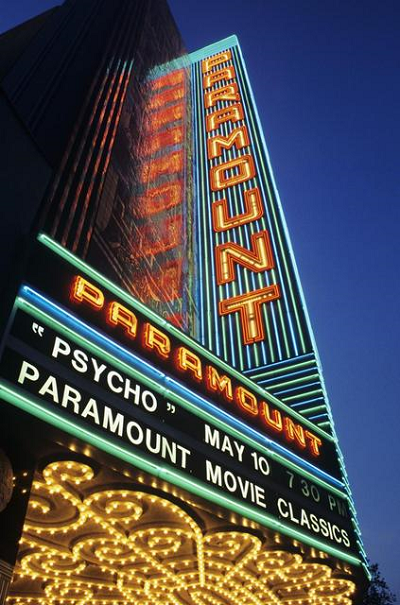 A few days before the talk, they found that they had sold less than 1400 tickets to the Kim Kardashian event.

It was going to be a HUGE embarrassment to have Kim talk to a half empty auditorium!

So they moved it to The Castro, a theater which seats 1400. That way they could have an almost-full house and claim that they “nearly sold out.”

It was an expensive switch, but Kris Jenner felt that the price was worth it to save Kim from embarrassment.

Kris Jenner is one smart cookie when it comes to preserving the value of her breadwinners! 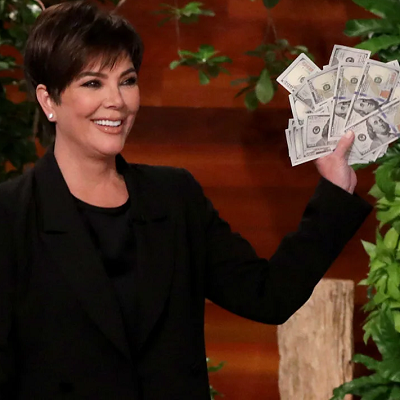 The event at The Castro did turn out to be a bit rowdier than expected. From Vanity Fair:

The crowd whooped and cheered.

They would interrupt her often throughout the conversation, inserting their own opinions and offering answers when she would pause to gather her thoughts.

The downside of actively objectifying yourself, it turns out, is that sometimes it can make you an object in more ways than you’d intended. 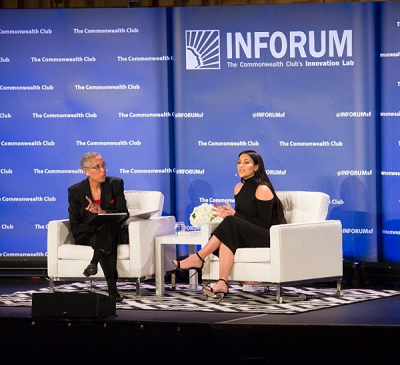 A snarky piece in SFWeekly added:

Moderator LaDoris Cordell nodded and said “That’s really interesting” until she was dead inside.

Congratulations to Kit E Kat for being first with the correct answer!

By the way, in checking out your comments, we discovered that the average price that a Blind Gossip reader would pay to see Kim Kardashian is… $0.