[Blind Gossip] She’s dragging a new man into the lineup!

We’ve told you before that this singer absolutely can not be alone, and that she always is linked to one man or another so that you will think she is desirable.

She’s soon going to go public with a new man.

First was her assistant. Then her ex-husband. Then that male singer. And now it’s a famous ball player.

That makes four men in four months. Real. Fake. It doesn’t matter to her.

[Optional] Do you think her relationship with the ball player is real? 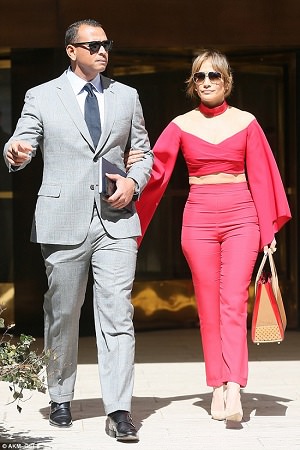 We’ve told you before… Jennifer Lopez. Can’t. Be. Alone!

Since the end of 2016, Jennifer had gone through her assistant/ perpetual boyfriend fill-in (Casper Smart), her ex-husband (Marc Anthony) and a singer (Drake).

The Drake “relationship” was supposed to last a few months, but Drake was seen canoodling with another woman. JLo needed to save face. She bailed out and found an immediate replacement.

We told you in early March, 2017 that Jennifer Lopez was going for her fourth man, and that he was a ball player. The clues “lineup” and “Batter up!” should have led you to a baseball player.

On March 31, 2017, it was announced that she was dating baseball player Alex Rodriguez. From ABC News:

Under direct questioning, he told “The View” co-hosts Friday, “It’s obvious. We’ve been having a great time…she’s an amazing, amazing girl, one of the smartest human beings I’ve ever met, and she’s an incredible mother.”

When pressed to reveal something about the singer that fans don’t already know, the former Yankee offered, “She just likes simple things. I mean she’s a very very simple person, loves family, is a great sister, is a great daughter.”

Yes, Jenny is just a simple girl with three marriages, two children and two television shows who has racked up four men in four months.

So, now ARod and JLo are dating. Or “dating.” But it’s certainly not exclusive!

Alex tends to like his women… buff. For example, he dated pro wrestler Torrie Wilson for four years. 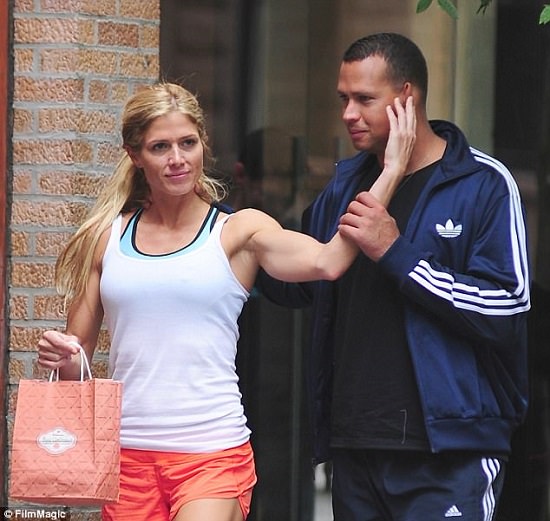 True to type, Alex has been hooking up with a fitness model named Lauren Hunter while he has been dating Jennifer Lopez.

By the way, Hunter is the SAME fitness model with whom he was cheating on Cameron Diaz in 2009! Eight years later, and he is still hot for her.

ARod and Hunter were sexting in May (yes, last month), and Alex asked her to fly to Kansas City on May 17, 2017 to meet him. 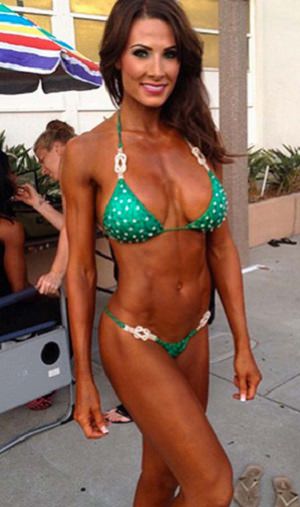 “Jennifer is going to be shocked,” boasted Lauren, who first met A-Rod at Equinox gym in West Hollywood in 2011. “She would be an idiot to believe he’d be faithful!”

Hunter, 34, revealed the slugger, once suspended from America’s pastime in a steroid scandal, dogged her relentlessly, made her dress as a schoolgirl and pleaded for – but didn’t get — a secret rendezvous in Kansas City on May 17, when he was in town watching his former team play the Royals, all while clueless Lopez was on set filming Shades of Blue in Queens, N.Y.

What’s more, Rodriguez even trashed Lopez as a “40-something woman” to Hunter, who’d been his sex toy for more than five years, sticking his tongue out and laughing when she pressed if their relationship was real.

“I don’t think he’s sexually attracted to her. In bed with J.Lo, he’s probably picturing me. He likes me to always wear heels and lingerie and outfits, dress up as a schoolgirl. All the things I would do with him I wouldn’t do with anyone else,” claimed Hunter.

Offering a chilling insight into A-Rod’s most prized performances, she spilled: “Everything about him is passionate and loving and sweet, he’ll kiss your hair and cuddle.”

“But sex is not soft and gentle, he’s rough. He is good in bed, and well endowed; he’s circumcised! I don’t think he’s ever made love to anybody, ever. He disconnects, his problems take over,” she continued.

A-Rod has his kinky side, too, noted Hunter, who claimed the sportsman is “very into threesomes.”

“I have done it with him. His biggest fetish is voyeurism. He would rather see me getting pleasure than him get pleasure. I’ve been on trips to New York and we’ve not even had sex, he’s just pleased me. He gets himself off. It’s just strange,” she said.

“He always wants me to talk about a sexual moment, if it’s a girl I’ve been with…an ex, he wants me to replay the story,” she added.

“He likes to be jealous, it turns him on. He’ll FaceTime me in the gym and just want to watch me work out. If I wore a camera all day he’d like it!”

Now Hunter, who knows Rodriguez so well, has a few simple but dire words of warning for his new girlfriend, Lopez: “I would never marry him!”

Oh, and yes, there are texts. An example: 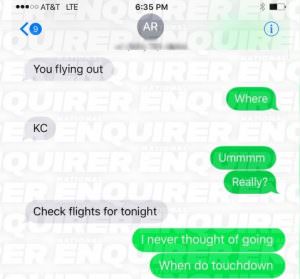 Alex Rodriguez is claiming that his mistress is lying, exaggerating, delusional gold digger, that he wasn’t sleeping with her, and that this all a shakedown for money.

You can decide for yourself whether Hunter is telling the truth. If she is, then either Alex Rodriguez is in a fake relationship with Jennifer Lopez… or they are in a real relationship but he is cheating on her.

Either way, this puts Jennifer Lopez in an embarrassing position. It will be interesting to see what she does.

Congratulations to Cheezhead for being first with the correct response!