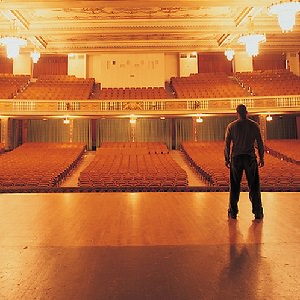 [Blind Gossip] You may have heard one small but shocking piece of the story about a handsome TV actor.

Blind Gossip has the EXCLUSIVE details on the rest of the story!

He was one of the stars of a successful TV drama in the 1990s.

He’s still having plenty of drama – but not as much success – in his personal life.

You may have heard that he is now being accused of being a dr*g addict. That’s only part of the story.

A few months ago, his wife kicked him out of their house and filed for divorce. It was ugly. They put the house up for sale, and she is staying there with their child/ren until the sale goes through.

Then, a few weeks ago, he found out that an ex-girlfriend from many years ago was caught doing crystal m*th in her home. Several children were present at the time.

Why should our actor care about the ex? Because he and the ex had had a daughter together… and that child was in the home at the time!

Lots of drama ensued. The actor swooped in and took the girl before the Department of Children and Family Services could do so. Crystal Mom tried to fight with the actor to let the girl stay, but in the end, Actor took his child and walked out.

He didn’t have anywhere to take her. He couldn’t take her to the house where his wife and child/ren were living, as even he wasn’t welcome there. So, where did they go?

Well, our actor and his daughter went to stay at his mother’s house in a planned community in Southern California. The home is small, so the daughter is sleeping in the spare bedroom, and our actor is sleeping on the sofa.

So, our actor is currently dealing with the drama of: sleeping on the sofa at his mom’s house, trying to find a place to live, caring for his daughter, fighting to get primary custody of his daughter from her drug-addicted mother, selling the house he shared with his soon-to-be-ex-wife, getting a divorce from that wife, maintaining a relationship with the child/ren from that marriage, and starting a new job.

His exes are both really mad at him. They each want primary custody of their respective children. That’s why you are suddenly hearing accusations about his drug use.

Now you know the whole story.