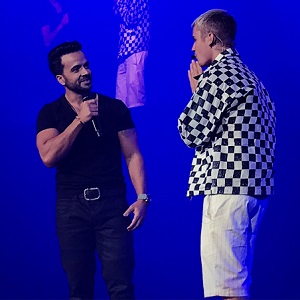 [Blind Gossip] This under-30 female singer observed the positive reception Justin Bieber got for his remix of of the hit Spanish song Despacito with great interest.

She is now talking about doing a song where she sings in Spanish. She sees this as a good opportunity to expand her fan base to the Spanish-speaking community.

The only trouble is, she doesn’t know any Spanish… and she doesn’t seem to want to learn, either!

She said, “Well, I speak some Spanish. Just have someone help me with the pronunciation of the words I don’t know.” It turns out that all the words she knows are taco, burrito, quesadilla, gracias, and de nada. She thinks that means she knows how to speak Spanish! LOL. She doesn’t want to take lessons or anything. She just wants someone to help her fake it.

So, basically she knows menu items and a couple of courtesy words. That should certainly make for an interesting song!

[Optional] Good idea for her to do a song in Spanish?