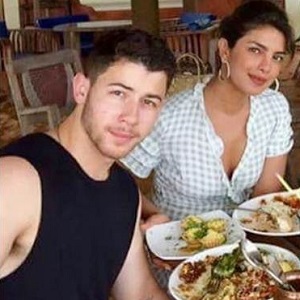 We hope that the two ladies will file complaints and that the police will swiftly and discreetly act against the vile perpetrators.

BG Note: Not necessarily Priyanka Chopra. We just like this new photo of her vacationing with Nick Jonas in India!

[Optional] Name a top Hollywood actress. If you received a compromising photo or clip of her, would you keep it private or share it?