[Blind Gossip] Were you starting to think that this male singer was becoming a better person?

We have an exclusive, behind-the-scenes look as to what happened when he recently showed up at a local bar with four bodyguards and an entourage and stayed for a couple of hours.

As soon as he walked in, he lit up a cigarette. He was told that there is no smoking allowed.

Instead of going outside, he walked behind the bar and put out the cigarette inside the ice dispenser. Then he just lit up another cigarette and kept smoking. He seemed to think it was funny that someone would try to tell him what to do.

He ordered $800 bottles of Cristal and several $500 bottles of Don Julio 1942 Tequila and small plates of food for the group. He kept spitting on the floor.

Then he and his group left without paying.

The waitress gave them their check, turned around for one minute, and they were gone! He took off without paying and his whole group followed him. The waitress and the owner had to chase them down. His producers gave the owner several hundred dollars, but stuck him with the rest of the bill.

The bartenders and the waitresses got stiffed.

The next day, when the news got out about the singer’s behavior, the police showed up. So did the health inspector. The spitting and the smoking and the disposal of cigarettes into a food service machine were all problematic.

The bar staff was forced to tear down, wash down, and disinfect everything until 6 a.m. the following morning.

The next time his team tries to convince you that he’s a changed man – so much nicer, so much more centered, so much more real, so disappointed in other people being mean or fake – just know that he’s still the same entitled, obnoxious jerk he always was.

[Optional] Where do you think he’ll be in five years? 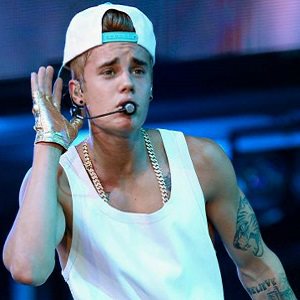 Remember back in 2016 when Justin Bieber said that he was a changed man?

He gave lots of interviews about how he realized he had been a jerk and was now very conscious about treating people better and being a better human being.

That was all a bunch of bullsh*t.

The event described in the original blind item took place in a Boston bar in May of 2016.

You might remember that trip to Boston, as Bieber was seen trying to feed a squirrel in the park… 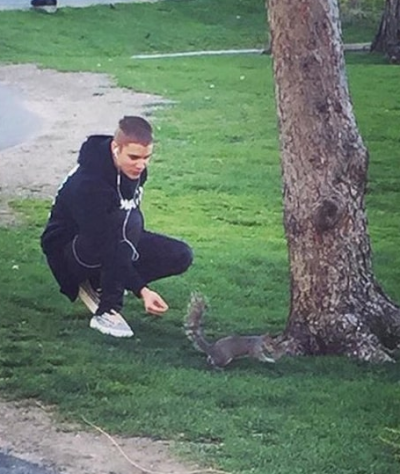 … and then was caught walking around the city streets barefoot! 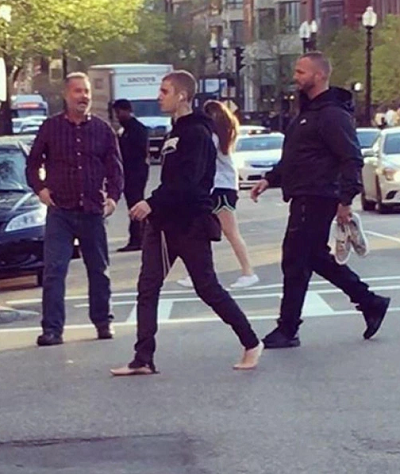 Justin Bieber Walks Around Boston Barefoot, Gets Upset by Fans Recording Him

Curiously, the “Sorry” singer remained barefoot as he continued to walk the city, crossing a busy street sans shoes. Bieber’s in Boston to play two shows at TD Garden as part of his Purpose tour.

While Bieber was open to talking to fans during his recent Boston excursion, he apparently didn’t want them recording him.

Note that Justin Bieber was in Boston for his Purpose tour. Here’s the cover of the Purpose album. 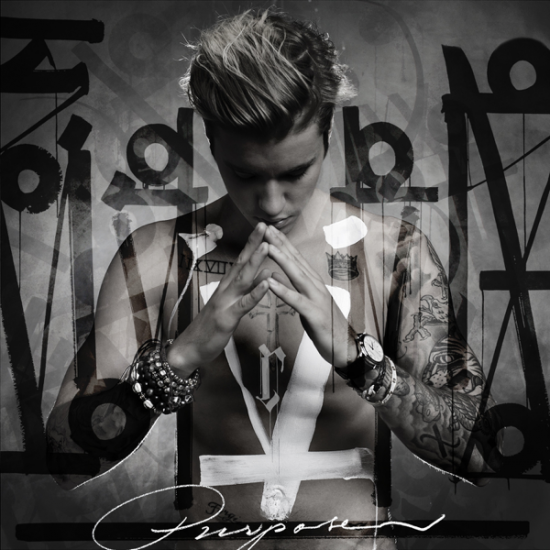 So thoughtful. So reverent.

Then there was the visit to a local bar.

Justin Bieber was told he could not smoke in the bar. Instead of walking outside, he put out his cigarette in the ice dispenser… and then he lit up another cigarette… and proceeded to spit on the floor.

He was there with FOUR burly bodyguards, so the staff did not want to get in an altercation with Justin Bieber or his team.

If they had ordered Bieber out of the bar – or ordered him to stop smoking or to stop spitting – who knows what he and his team would have done to the bar… or to them?

Clearly, he was an entitled, obnoxious jerk, so to expect civility out of him would have been unrealistic.

The icing on the cake was when he racked up thousands of dollars in charges and then tried to pull a dine and ditch with his team.

The next day, after a little visit from the health inspector, the staff of the bar were forced to stay until 6 am to bring the establishment back into compliance with health standards before they could open again.

Hey, Justin Bieber: You owe that little bar in Boston over $2000 AND an apology!

Will Justin ever pay them?

You see, Justin Bieber is very busy. He is on his hundredth attempt to convince everyone that he is a sweet, thoughtful person.

In the past week, he has posted photos and videos of himself dancing and singing his way through “isolation”…

… cuddling with his wife, Hailey Baldwin… 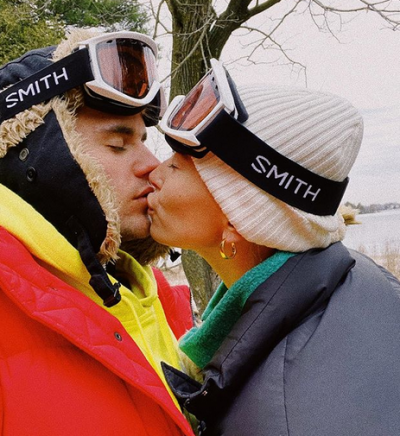 … and going to internet church. 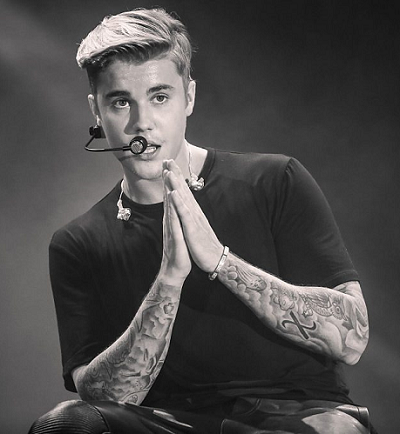 “I just feel like in this time that the story of Jesus really resonates to me,” Bieber explained.

What a wonderful, thoughtful, loving, spiritual person he is!

Jesus wants you to pay your Boston bar bill, Justin!

Congratulations to Tell Me More for being first with the correct response!