[Blind Gossip] This actress has been dating this famous athlete for a while now.

She is bragging to friends that she has him wrapped around her little finger and that he will buy or go or do whatever she tells him to.

The next thing she wants?

Yes, she has a whole game plan as to how this is going to go down.

[Optional] Do you think they will get engaged this year? She thought she had him wrapped around her little finger.

She had successfully alienated him from his family and friends… brought him into her group of Hollywood cohorts… and thought that she was well on her way to running his life.

She was certain that they were going to get married. She had planned out the ring, the proposal, and the engagement announcement.

Her game plan has failed.

Aaron Rodgers and Oliva Munn have broken up!

“They have amicably ended their relationship of three years,” a source close to the situation confirms to PEOPLE exclusively. The source says the couple “remains close friends and wish nothing but the best for each other moving forward.”

Munn and Rodgers’ breakup comes two months after the couple fueled engagement rumors in January when she was spotted wearing a diamond sparkler on her left-hand ring finger.

Throughout their romance, Munn had often supported and cheered on Rodgers’ NFL career. And while the athlete rarely addressed his relationship in public, he did defend her after it was speculated that she contributed to his strained relationship with his father and younger brother Jordan, who competed on JoJo Fletcher’s season of the Bachelorette.

“Olivia doesn’t really have anything to do with it,” a source previously told PEOPLE. “This is not her issue; this is the Rodgers family issue. Aaron has never wanted want to air this out in a public forum. He will deal with his family issues privately.” 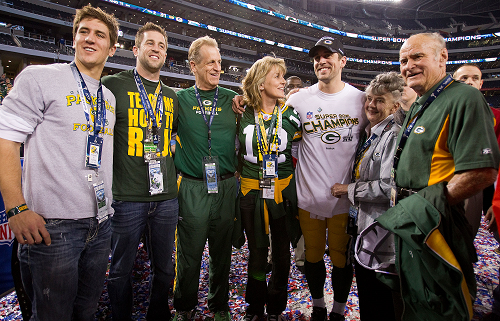 You can ignore the PR spin about how Rodgers and Munn will remain close friends. This was NOT an amicable split. They were THISCLOSE to getting engaged just a few months ago and now they are done.

This should have been an easy one for our Blinders!

The chalkboard illustration and the expression “how this is going to go down” should have led you to a football player. 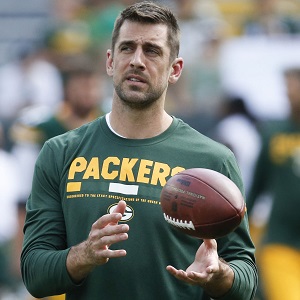 There are not that many football players dating actresses.

Congratulations to Bestguesstester for being first with the correct response!