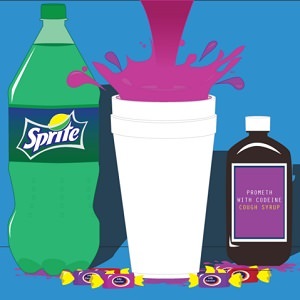 [Blind Gossip] This very successful music group has been on the top of the Billboard charts. They are young and rich and… heading for trouble!

There’s one group member in particular who is in bad shape.

He’s got a lean problem.

No, we’re not talking about a problem with his weight. We’re talking about him drinking those sweet beverages laced with codeine.

He starts in the morning, then it’s drank all day. He needs rehab, but who’s going to tell him? They’re so successful that nobody’s going to want to shut it down for weeks or months.