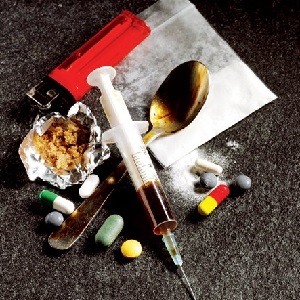 [Blind Gossip] This very talented, award-winning actor is featured in one of the biggest films of the season.

He has struggled with substance abuse in the past but thought he had mastered his addiction for good. Well, apparently not. He has gone back to using dr*gs again. Hard drugs.

He was filming a movie in the southern U.S. a couple of weeks ago and had a night off.

It started out innocently enough, with him catching a show at a local comedy club. A couple of drinks and a few laughs later, and he was back to using. And we’re not just talking about a little taste. We’re talking about a huge binge with some locals that he just met that night.

We know you don’t want to believe it, but it’s true.

Man, what in heaven’s name is he thinking? This is the saddest kind of solved item.

We originally published this blind item On December 2, 2013.

As you probably know by now, esteemed actor Philip Seymour Hoffman died yesterday, February 2, 2014, of a drug overdose at the young age of 46.

Police said Hoffman, 46, was found on the bathroom floor and pronounced dead at the scene. Investigators found two bags of what is believed to be her*in inside the fourth-floor apartment, law enforcement officials said.

“We are devastated by the loss of our beloved Phil and appreciate the outpouring of love and support we have received from everyone. This is a tragic and sudden loss and we ask that you respect our privacy during this time of grieving,” Hoffman’s family said in a statement. “Please keep Phil in your thoughts and prayers.”

A needle was in the actor’s left arm, and eight empty glassine-type bags that usually contain her*in were found in the apartment, law enforcement sources told CNN.

The bags were stamped with “Ace of Hearts” and “Ace of Spades” — street names for the her*in, the sources said.

The incident in this blind item occurred just four months ago, in early November 2013, at a comedy club in Atlanta. Hoffman was in Atlanta filming Mockingjay, the next chapter in The Hunger Games series.

Although his friends claim he was sober prior to his death, we knew that Hoffman was having problems with alcohol, c*caine, and her*in in the past several months.

Many of you ask us why we focus so much on substance abusers, and why we constantly report on their activities.

Well, Philip Seymour Hoffman is why.

Drugs kill. Hoffman was sober for years, and then he started using again. So, for all you celebs (and non-celebs) out there who think that this could never happen to you: this is a sad reminder that you are only one binge away from death. Please get help.

Donkeykong was first with the correct answer to this blind item. We gave you lots of clues, and many of you did a good job with them:

“one of the biggest films of the season”,  “catching a show” = PSH starred in Catching Fire

“mastered his addiction” = PSH starred in the film The Master

“Man” = PSH just starred in A Most Wanted Man (new film, not yet released)

“what in heaven’s name” = PSH played a priest in Doubt, and PSH’s character in The Hunger Games series is named Plutarch Heavensbee Initial reports only talked about heroin as the cause of death. We told you that Philip Seymour Hoffman was having problems alcohol, cocaine, and heroin.

Well, the autopsy results are in, and they confirmed that h*roin and c*caine were found in his system. From The Associated Press:

A spokeswoman for the New York City medical examiner said Friday that Hoffman died from a mix of her*in, coc*ine, amphetamines and benzodiazepines (ben-zoh-dy-AZ’-uh-peens), which are psychoactive drugs such as Librium.

The death was ruled an accident.

Police had been investigating his death as a suspected drug overdose.

Law enforcement officials have said Hoffman was found Feb. 2 with a needle in his arm, and tests found heroin in samples from at least 50 packets in his Manhattan apartment.

The 46-year-old star of “Capote” and “The Master” said in interviews last year that he had sought treatment for a heroin problem after 23 years of sobriety.