[National Enquirer] This film star has publicly battled depression and drugs, but he still shuffles into his favorite Venice Beach, Calif., eatery stoned out of his mind. The actor – he’s currently in an Oscar-nominated film – repeat­edly slurs “I’m a vegan” during his smashed lunchtime outings! Who is he? Owen was in Woody Allen’s Midnight in Paris, which was nominated for several Oscars. 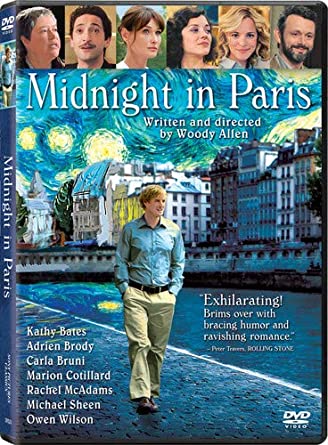 The restaurant is Gjelina, a vegan place in Venice Beach that he frequents. He often shows up by himself and just sits around getting drunk.

This isn’t an isolated incident, either. We’ve also been told by locals that he was seen drinking at The Otheroom, which is also in Venice Beach.

Perhaps Wilson justifies his alcohol consumption with the argument that alcohol is derived from plants?

What a mess. The only way he could be in worse shape is if he got back together with Kate Hudson.

Keep in mind that this all went down a couple of years ago, so Wilson might be sober right now.

Everybody got this right. NiceVixen was first!

Previous Post: « Bigger Roles Or They Are Breaking Up
Next Post: His Crazy Acting Is Making Her Crazy »