[Blind Gossip] Those who work in the television industry will find this blind item particularly juicy!

It’s about a TV star whose show is at the top of the ratings  and his smear campaign of a TV Executive.

Last year, TV Guy hired the Executive to run one of his businesses. While most readers would not know the Exec’s name, those in the television industry definitely do. Why? Because Executive previously headed up a very famous production company in Southern California.

Everything was going well, the Executive was performing fine, and the two men were close friends, hanging out together even when they weren’t at work.

A few months ago, the Exec went to TV Guy and asked him for a few weeks off. He told TV Guy that he felt that he was drinking too much and he wanted to go to rehab but was concerned about his job security if he took time off.

TV Guy was surprised. He had gone out socially with Exec many times and had known him for many years. He had no idea that Exec had a drinking problem.

TV Guy quickly arranged for Exec to go to a rehab facility, and assured Exec that his job would still be waiting for him when he got back.

When Exec arrived at rehab, there was a letter waiting for him from TV Guy… telling him that he was fired!

Additionally, when he got home and started job hunting, Exec discovered that TV Guy had called mutual acquaintances all over town to tell them that Exec was an add*ct, that Exec had been fired, and that it would be a mistake for anyone else to hire him!

We’re not attorneys, so we don’t know if it was legal for TV Guy to fire the Exec while he was in rehab or to smear his name like that.

However, for a man who is always telling other people how to live their lives with integrity, honesty, and compassion, TV Guy’s handling of this situation certainly appears to have fallen short of those values.

BONUS CLUE: TV Guy’s show is a talk show and it has been on the air for years.

Similar: Don’t Mess With The Bull

[Optional] Did TV Guy do the right thing? 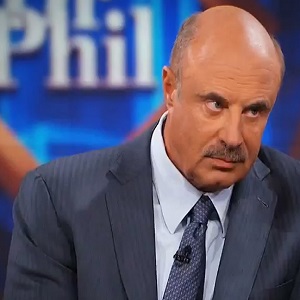 Dr. Phil McGraw has frequently had guests with addiction issues on his TV show.

Dr. Phil then “helps” those guests/patients get sober.

Dr. Phil may not be as helpful as he pretends to be.

We already told you about the TV executive who Dr. Phil encouraged to go to rehab and then promptly fired on his first day at rehab. (Note: That executive did recover and is now working elsewhere).

However, several other unsavory stories about Dr. Phil’s handling of people with drug and alcohol problems have just been published.

Specifically, Dr. Phil has been accused of supplying TV guests who he knew had drug and alcohol problems… with drugs and alcohol!

He had won “Survivor,” the reality TV test of grit and strength. But Todd Herzog was so drunk when he appeared on the “Dr. Phil” show in 2013 that he had to be carried onto the set and lifted into a chair.

“I’ve never talked to a guest who was closer to death,” show host Phillip McGraw declared on camera.

TV viewers, however, didn’t see the setup for this shocking scene. Herzog, who was battling alcoholism, told STAT and the Boston Globe that he was not intoxicated when he arrived at the Los Angeles studio. In his dressing room, he said he found a bottle of Smirnoff vodka. He drank all of it. Then someone handed him a Xanax, he said, telling him it would “calm his nerves.”

America’s best-known television doctor presents himself as a crusader for recovery who rescues people from their addictions — and even death. But in its pursuit of ratings, the “Dr. Phil” show has put at risk the health of some of those guests it purports to help, according to people who have been on the show and addiction experts. Guests have been left without medical help as they face withdrawal from drugs, a STAT/Boston Globe investigation has found, and one person said she was directed by a show staff member to an open-air drug market to find heroin for her detoxing niece.

While McGraw has been buffeted by controversy and lawsuits since he broke out as a celebrity on “The Oprah Winfrey Show” two decades ago, the show’s handling of guests seeking treatment for substance abuse disorders has largely escaped scrutiny.

McGraw declined an interview request through a “Dr. Phil” show representative. Martin Greenberg, a psychologist who serves as the show’s director of professional affairs, said guests have never been provided alcohol or directed to where to buy drugs.

Centers that buy “Dr. Phil’s Path to Recovery” have been promoted on the “Dr. Phil” show as well as a second program called “The Doctors” that is owned by the production company founded by McGraw and his son, Jay.

Dr. Phil invited a guest on to discuss his alcoholism, stocked his dressing room with Smirnoff Vodka, offered him a Xanax, and then appeared all concerned and compassionate when the drunk guest stumbled on stage and had to be helped to his seat. 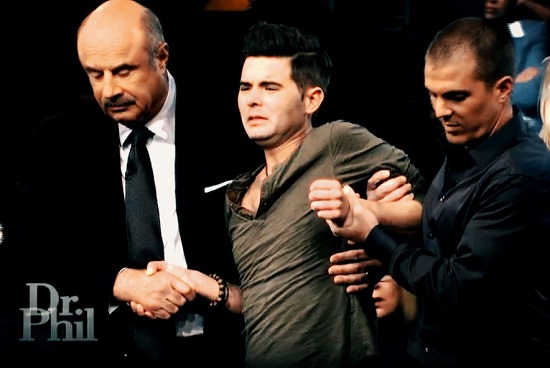 In another story, a member of Dr. Phil’s production team took a heroin-addicted guest to Skid Row Los Angeles so they could score some heroin.

It seems that Dr. Phil likes to make money off of “helping” people with drug and alcohol problems, but may not be as compassionate as he seems when it comes to his own employees or his own guests.

Congratulations to you if you guessed Dr. Phil was the TV Guy in our original blind item!