[Blind Gossip] This is a story that you have heard before, but it’s about an actor that you didn’t know was in trouble. He has a successful career, but he has fallen prey to the partying lifestyle.

It’s now interfering with his work. He shows up late or not at all. He is unprepared at work. He is constantly drunk or hungover. He comes to work unwashed, wearing the same clothes from the night before, reeking of booze and smoke.

When a young star is falling apart, their team faces a difficult decision. Do they confront him and try to get them help? Or do they pretend that nothing is wrong so the star doesn’t get mad at them?

Opinions were split among this star’s team. His agents – who were afraid of losing him as a client – chose to do nothing. His publicists – a reputable firm who have worked with him for many years – did the brave thing. They set up an intervention, consisting of the people who love and care about the actor, to try to get him to seek help.

The young actor got wind of the intervention… and promptly fired the publicists. The agent kept his job.

In case you were wondering why no one intervenes when a star is in trouble, this is why. The ones who genuinely care inevitability pay the price. 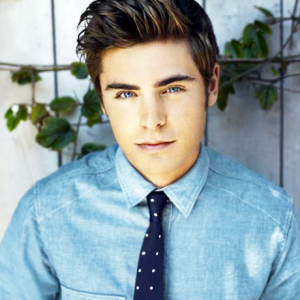 We knew that Zac Efron was heading for serious trouble last year. For a while, it looked as though he was going to crash and burn.

His publicist tried to intervene… and was fired for their efforts. More on that below.

After one too many out-of-control binges, Efron wound up in rehab earlier this year. Frankly, he’s lucky that he didn’t wind up on a slab somewhere.

Here are the basic facts from People Magazine:

Zac Efron hasn’t been seen out and about on the nightclub scene as of late – and it sounds like there’s a reason.

The actor, 25, completed a stint in rehab about five months ago, sources confirm to PEOPLE.

The actor – who recently walked the carpet at the Toronto International Film Festival – is “doing great,” a source tells PEOPLE. “He’s taking care of himself and it shows.”

Efron will next star in Parkland, a drama about the Kennedy assassination. “It’s really a surreal experience for me,” he tells USA Today of working on the film. “It feels very mature and really interesting. It’s a whole different kind of filmmaking and I feel blessed to have been a part of it.”

That’s not the whole story, though. TMZ says that it wasn’t just alcohol that was causing the problems. It was cocaine and possibly other drugs. From TMZ:

Zac Efron did NOT go to rehab for alcohol abuse — it was far more serious, because multiple sources tell TMZ he had a serious cocaine addiction.

Zac completed his stint in rehab earlier this year. We’re told the problem spiraled out of control during the filming of Seth Rogen’s movie “Neighbors,” which was shot during a narrow time frame beginning in April.

Sources tell us Zac — who also starred in the movie — was a no-show on a number of days. As one source connected with the film tells us, “It was common knowledge he was struggling with cocaine.”

Three other sources confirm … Zac’s problem was rooted in cocaine, but say he also dabbled in Molly — a pure form of Ecstasy, and a popular drug in clubs and raves.

We’re told … early this year, Zac and some friends went on a coke rager in a room at the SkyLofts at the MGM Grand in Vegas … and caused around $50k in damage. No word on who took care of the bill.

We contacted Zac’s rep … she said, “Don’t think we’ll be making a comment.”

Efron’s agent was and still is CAA.

Efron’s longtime publicist was Gina Hoffman (who moved from PMK to BWR and back to PMK/BNC again).

Efron is now represented by Melissa Kates at Viewpoint (who left PMK/HBH to start up Viewpoint when PMK merged with BNC).

Props to Gina Hoffman for caring enough about her client to try to help him. Gina, you are a good and caring person, and we hope that your other clients recognize that you always have their best interests at heart.

BG Note: Yes, there were a lot of comments on this post. Several of you guessed this one correctly.