BuzzFoto – We’re not sure why everyone cares so much about this whole Tiger Woods thing. Sure, it’s despicable, but it’s not like it’s unique. What would really shake things up is if the mistresses started coming out for this married female A list singer. Not Christina Aguilera.

Radar has fired the opening salvo in what is bound to be a lengthy discussion of Aguilera’s sexual orientation. Christina has a long, long list of mistresses, many of whom will likely be coming out of the TigerWoodwork now that she’s filed for divorce from her husband. 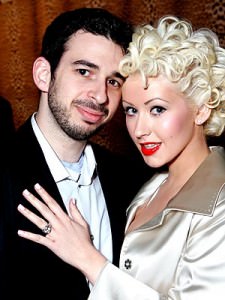 By the way, although Christina frequently brought women home, her husband did not participate in her extra-curricular activities.

Thanks to Sleuth for the link to one of the articles about Christina! We decided to go with RadarOnline as the primary source since they were first with the story.

Previous Post: « From Hate to Tolerance to Passion
Next Post: The Twilight Star and The Reality Star »