[Blind Gossip] It is much easier to become a celebrity if you use other celebrities as your stepping stones to fame!

This hot young model used a foreign musician and an American musician in quick succession to get attention and to get photographed every day.

Once the photographers cared more about her than about the guy, it was time for her to move on.

You will likely hear blurbs about how she is “happy to be single for now”… but we know that she already has her sights set on a new boyfriend!

They will play it as “just friends” for a few weeks so that it doesn’t look suspiciously sudden, but you should expect them to formally announce as a couple early in the new year.

Yes, of course he is a celebrity, too. Civilians don’t make good stepping stones.

[Optional] Is the stepping stone approach a good career strategy? Who told you this one was coming three weeks ago?

Your friends at BlindGossip.com, that’s who!

We were told that Gigi Hadid and Zayn Malik were just going to do some group outings and tease the paparazzi through New Year’s, and then come out as a couple in January.

However, they are already going on “dates,” so we’ll mark this one SOLVED!

Gigi Hadid wants to be super famous, and Zayn Malik needs to sell his music (he also needs you to forget that One Direction ugliness and that Perrie Edwards ugliness).

It doesn’t matter that Zayn was recently “engaged” and that Gigi was in a “relationship” with another celebrity five minutes ago. This is a match made in publicity heaven! (The fangirls will totally believe it, though…)

By way of comparison, Zayn Malik has TWICE as many Twitter followers as Joe Jonas, is likely richer than Joe Jonas, and Zayn’s fans are younger and more desirable for Gigi’s career advancement. It all makes sense now, doesn’t it?

Joe made a nice stepping stone to Zayn! 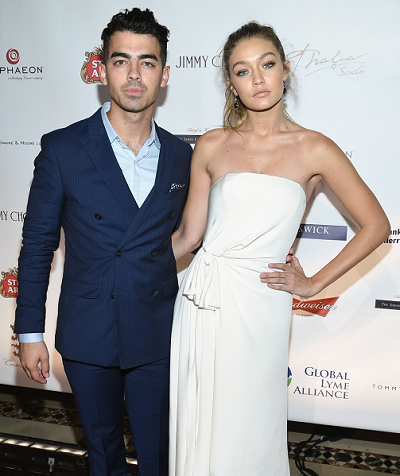 From The Irish Examiner:

Has Zayn Malik found a new girlfriend in Gigi Hadid? Zayn Malik and Gigi Hadid have sparked dating rumours after they were spotted together in Los Angeles.

The former One Direction singer was photographed talking to the model as they sat in the same car after the American Music Awards on October 22, which Gigi had attended.

The relationship is in very early stages, but that Zayn is “chuffed” with the 20-year-old model.

The pair partied together in West Hollywood, but kept their blossoming romance under wraps.

“Gigi went out the front,” a party guest said. “She walked down the street and jumped into the car where Zayn was waiting to pick her up.”

Zayn, 22, is single after calling off his two-year engagement to Little Mix singer Perrie Edwards in August.

Gigi – who walked the runway at the 2015 Victoria’s Secret show – is newly single after splitting from Joe Jonas in early November, after four months of dating.

Representatives for Zayn and Gigi have not commented on the possible romance.

They’re keeping their blossoming romance under wraps… right in front of the paparazzi!

“Gigi and Zayn couldn’t keep their hands off each other,” the source reveals. “They were holding hands under the table, whispering in each others’ ears, and Zayn [was] holding Gigi’s leg. Gigi was so attached to him that she even followed Zayn outside to the patio during a smoke break.” Now Gigi just needs to lock that down with a baby.

Congratulations to Molls for being first with the correct response!