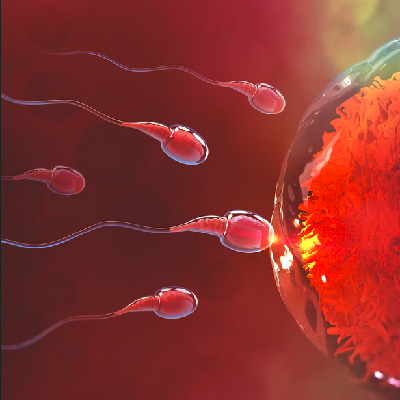 [Blind Gossip] Did you notice that this VERY famous actor was out of sight for a few days? Well, there’s a reason for that. He was in the hospital for a secret procedure… to have his sperm extracted!

The doctors generally recommend against using the extracted sperm for artificial insemination, as the quantity of the sperm retrieved is very low. Instead, the sperm are usually used in IVF (In Vitro Fertilization).

Even with IVF, there has to be a perfect storm of biology and science to have a viable pregnancy, and this couple has several challenges.

Both of them are on the older side. Our actor is over 40, and the volume, motility, and structure of sperm all decline with age. His wife also has her challenges, as women’s fertility drops steeply after the age of 35, and underweight women have a more difficult time getting pregnant.

Even if his sperm is viable, her eggs are viable, and she is healthy, there is still less than a 50% chance per cycle that she will get pregnant.

So, in summary, it looks like our actor may have had a vasectomy but now wants descendants. His sperm is going to be married with an egg in a laboratory. And – if all goes well – he and his new wife will have a baby next year!

It will be the first child for both of them.

BG Note: Not all men who undergo sperm extraction have had vasectomies. Some have azoospermia, a medical condition where a man does not have any measurable level of sperm in his semen. Azoospermia affects about 1% of the male population, and is associated with very low levels of fertility or even sterility.

Similar: Let’s Talk About His Sperm

[Optional] How old is too old to have a baby? Blind Gossip was the first and only source to tell you back in 2015 that George Clooney had undergone a medical procedure to have his sperm extracted!

We’re solving this blind item now because Amal has been undergoing IVF treatments… and is is now pregnant with twins!

Pregnant! George and Amal Clooney Are Expecting Twins — a Girl and a Boy

In Touch has exclusively learned that Amal Clooney is pregnant with twins — a boy and a girl — with her husband (and first-time dad) George Clooney!

“Amal is pregnant with twins: a boy and a girl,” an insider close to the lawyer, 38, tells In Touch exclusively. “When George and Amal found out it was twins they were surprised, but also a little scared because they both had said that one was enough. But the news that it was a boy and a girl made them both really happy. They feel like they’ve hit the family jackpot.”

George is taking the news surprisingly well — considering he didn’t want to have children.

“He’s gone from never wanting to be a father to being totally excited about Amal’s pregnancy and the thought of raising two children who will call him Dad,” the insider tells In Touch. “He’s been doting on Amal’s every need and talking to her belly. He’s also having a blast coming up with baby names.”

The pair started to try to conceive over the summer, but didn’t have any success; they eventually turned to IVF, which was difficult for the couple, because “Amal is afraid of needles,” but it was all worth it in the end — as they are now going to welcome two little bundles of joy.

We disagree with the part of this story that states that “the pair started to try to conceive over the summer [of 2016]”.

It was actually earlier than that. While we have more exact details, we will simply say that the sperm extraction procedure took place at a prestigious hospital in New York City during the second half of the summer of 2015.

By the way, we do NOT know if George Clooney had his sperm extracted because he previously had a vasectomy; because he has azoospermia (see the original blind item); or because he simply enjoys being knocked out so that he can undergo invasive medical procedures on his private parts.

Okay, it’s probably not the latter.

What we DO know is that George Clooney had his sperm extracted in the Summer of 2015; that men who have their sperm extracted generally do it because they want to father a child; that men generally have the procedure done while their female partner is concurrently undergoing IVF treatment; and that women who get pregnant using IVF have a greater chance of having twins.

Did you catch all the clues? If you are a fan of George Clooney’s work, this should have been an easy one for you!

“Out of sight” = Out of Sight, “perfect storm” = The Perfect Storm, “descendants” = The Descendants, Clues clues clues = Clooney. 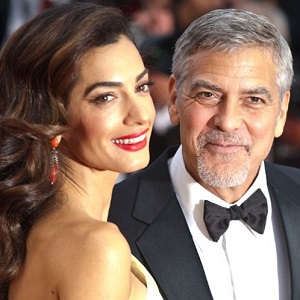 Hooray for sperm extraction… because the Clooney babies are here!

This morning Amal and George welcomed Ella and Alexander Clooney into their lives. Ella, Alexander and Amal are all healthy, happy and doing fine. George is sedated and should recover in a few days.

Ha ha ha! That George is such a kidder.

Amal and George Clooney are parents.

“This morning Amal and George welcomed Ella and Alexander Clooney into their lives. Ella, Alexander and Amal are all healthy, happy and doing fine,” the couple said in a statement to CNN. “George is sedated and should recover in a few days.”

These are the first children for both Amal and George.

The 56-year-old actor recently talked about becoming a first-time dad and joked about waiting to start a family later in life.

“My favorite part is, you know, all my friends who are my age, and I have many of them, they’re already done. Their kids are all grown up and away to college and they are laughing,” Clooney said on the French TV show “Rencontres de Cinema.”

“We went out to dinner the other night, and it’s a table of eight guys and all their kids are away in college, and we are sitting there and they were all being very supportive, ‘Everything is going to be great, you’re going to love it,'” Clooney recalled. “Then it got really quiet, and they all just started making baby crying [sounds] and the whole table just busted up laughing.”

Despite the jokes, Clooney sounded up for the challenge.

“We are really happy and really excited. It’s going to be an adventure,” he added. “We’ve sort of embraced it all with arms wide open.”

The Clooneys have been married for two and a half years, after tying the knot in Venice, Italy, in 2014.

Congratulations to George and Amal!