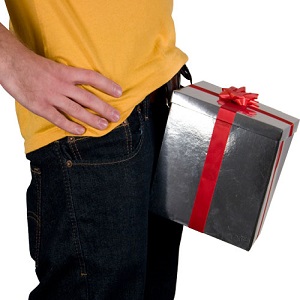 [TMZ] A new lawsuit obtained by TMZ alleges that  “An A-list celebrity of substantial fame internationally” has knowingly exposed a sex partner to the h*rpes virus.  But here’s the rub — the suit doesn’t name the celeb.

According to the suit, the plaintiff — who also is not named — met the celebrity in Las Vegas April 1.  The suit claims the celeb — a male who is worth in excess of $100 million  — “entered into a nefarious plot designed to lure Plaintiff into his luxurious hotel room to serve his prurient desires.”

According to the lawsuit, filed by attorney Keith Davidson, it didn’t end well, because the plaintiff contracted herpes.  The suit claims the celeb knew all along he had herpes and lied to the plaintiff in order to satisfy his desires.

The plaintiff — not identified as either a man or a woman — is suing for more than $20 million.

You can read the entire document here, courtesy of our friends at TMZ.

TMZ has learned … the person who is suing an internationally famous celebrity for intentionally transmitting herpes has multiple videos of the sex acts that allegedly transmitted the disease — and now there’s a bidding war for the tapes.

And get this … a prominent  niche website is also willing to ante up beaucoup bucks — specifically to entice “bug chasers” to watch.  For the uninformed, “bug chasing” is the act of knowingly engaging in sex with someone who has an STD.

Finally … as for why these alleged Las Vegas sex acts were videotaped, the lawsuit claims, “as the [celebrity] expressed, so they could relive the magic over — and over — again.”

There is long list of potential defendants in this case. RadarOnline has compiled a list of male celebrities who are known to have been in Las Vegas around April 1, the period of time that this incident took place.

So, just who was in Sin City on  April Fools Day?

Hundreds of celebs! There was a film industry event, Cinema-Con. The Michael Jordan Celebrity Invitational golf tourney had plenty A-listers. And the Academy of Country Music Awards lured a who’s who.

TMZ has reported that the celebrity just settled the suit for over $5M, so it looks like the name of the celebrity may never be made public. This blind item dates all the way back to 2011. However, thanks to our friends at Radar Online, it’s now SOLVED!

Radar has viewed video at the center of a lawsuit alleging he gave a lover herpes.

The Charlie Sheen HIV scandal is set to explode with the bombshell revelation that he has been caught on video performing oral sex — ON ANOTHER MAN!

RadarOnline.com has viewed a series of outlandish clips as part of our investigation into the controversy engulfing Sheen.

In a bombshell world exclusive, Radar can reveal that at least three videos were recorded of the thrice married father-of-five. The clips last about 30 seconds and depict Sheen smiling on cameras as he brazenly indulges in the illegal drug.

Once high, the Tinseltown train-wreck seduces his male companion before pleasuring the individual with a hardcore sex act.

A source told Radar the videos were recorded in Nevada in 2011.

It’s a stunning development at the heart of a deepening scandal engulfing the Hollywood megastar who was once the highest paid actor on television.

The tape was at the center of an explosive “J. Roe v. John Doe” lawsuit that alleged an “A-List celebrity” spread herpes, Radar has learned.

For the first time, Radar can reveal kinky Sheen, 50, was the megastar identified only as someone of “substantial international fame” in explosive litigation that alleged he orchestrated a “nefarious plot” to lure a victim into sex despite having herpes. According to a $20 million lawsuit, the plaintiff — who, like Sheen, was also not named — met the celebrity in Las Vegas on April 1, 2011.

The “sleaze suit” claimed Sheen “entered into a nefarious plot designed to lure Plaintiff into his luxurious hotel room to serve his prurient desires.”

Sensationally, it was alleged Sheen told the man he had “no venereal diseases.”

Radar has learned Sheen later settled that case for millions of dollars, according to a source, after he learned he was caught on tape with the man!

As part of the hush money pay off, Sheen secured the original videos and is understood to have ordered them destroyed.

But a bootleg copy exists and was showed to a Radar editor late last week.

“Charlie had his team buy it off the market and settle the lawsuit because he and his camp believed it could destroy his life if it ever got out,” said a source.

“He must be quaking in his boots that it could see the light of day.”

The sex-crazed actor claimed he was diagnosed with the deadly illness in 2011, but as Radar revealed, the dire news did not slow his horndog ways.

According to 2013 financial reports for his production company 9th Step — prepared nearly two years after he says he found out he was infected — he spent $1,629,507 on “friendly entertainment,” believed to be hookers, sex swap escorts and male gigolos.

“Charlie is secretly bisexual,” a source confided to Radar.

“He’s had sex partners of all kind. He’d regularly spent thousands of dollars to sleep with transsexual hookers who he would hire and have them service him at his Mulholland Estate mansion.”

What’s more, Radar has learned Sheen and ex-wife Brooke Mueller had multiple sex partners together in the short time that they were married.

“It’s more twisted than anyone knows or has suspected. It’s crazy.”

The attorney in the lawsuit, Keith Davidson, just contacted Radar and provided the following statement. “The alleged video that you purportedly reviewed has nothing to do with the above referenced lawsuit which was filed and subsequently dismissed more than five years ago,” he said, adding, “Though there was video evidence involved in the aforementioned case, that video evidence did not come close to portraying what you have described. Furthermore there was but one copy of that case related video evidence. That sole copy of the video evidence was irretrievably destroyed.”

So, the herpes, the videos, the gay sex, the transsexuals, the crack smoking, and Sheen’s status as a bisexual are all confirmed.

However, since the attorney is claiming that this lawsuit is separate from the one in the original blind item – and that the video in his lawsuit is different from the one that Radar possesses – this could mean one of two things: