[Blind Gossip] This esteemed, over-40 American film actor was playing a game of tennis with a friend.

The actor noticed a couple of young men doing the same on the next court over.

The four men wound up playing doubles together, and the actor suggested that they all get together for dinner.

The actor took them to a very fancy restaurant that night and they all enjoyed dining on fine food and drinking great wine and talking about sports and women.

The next day, the actor called up one of the young men and asked if he would like to get together for dinner again. The man agreed, and although the other two couldn’t make it, the actor and the young man had another wonderful night out of drinking and dining at another nice restaurant, with the actor regaling him with stories about his life in show business.

This happened several days in a row.

The actor then began texting the man several times a day… until one of the young man’s friends clued him in that the actor was gay, and that he saw their dinner dates as actual “date dates”.

The naïve young man had no idea the actor was gay. He just thought that he had just become pals with a famous actor!

When the actor texted him – as usual – the next day, the young man mentioned that he was really glad that they had become friends –  and that he enjoyed his company – but that he just wanted to make sure that the actor knew that he was straight and that he had a girlfriend.

The actor replied, “I don’t know where you got the idea from that I ever wanted anything more! I’m totally straight and I just want to be your friend!”

But after that, the man never heard from the actor again, and the actor never replied to his texts again.

Yes, the actor is still in the closet. 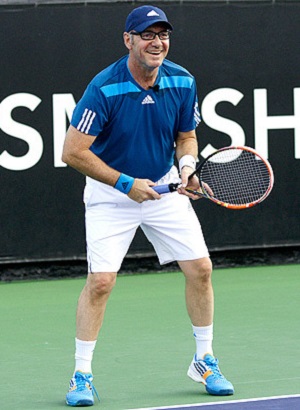 This tennis match with totally straight Kevin Spacey took place at Kennington Park, which is in south London.

Spacey used to live in the area.

It’s interesting that after several days of playing tennis and dining together, Kevin Spacey ditched the young man as soon as the young man mentioned that he wasn’t gay.

By the way, the young man was approximately 18 at the time and very good looking. Yes, Kevin Spacey likes them young.

By the way, this isn’t the first time that Spacey has had an awkward encounter in a Kennington park.

Do you remember that weird story from 2004, where Spacey was “brutally injured” in a mugging in a park in London? Yes, that was in Kennington, too!

Let’s pretend for a moment that the park isn’t a cruising zone for gay men in the wee hours of the morning.

Basically, a bloodied Spacey told the police that he was brutally mugged while walking through the park at 4:00 a.m. He filed a report and then the police took him to the hospital to be treated for his injuries.

That made the news.

Then, the next day, Spacey went back to the police and withdrew the claim, saying that he was not mugged, but had instead injured himself when he tripped over his dog running after a con man who took his phone.

He told the revised story on BBC Radio. 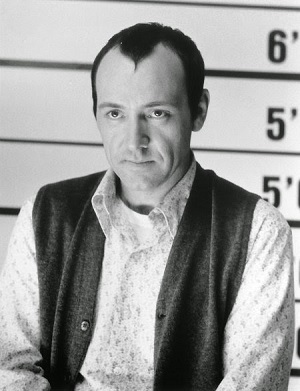 I am very well, and I am also glad to set the record straight here and also to apologise, because there is no reason that this article would have been written if it hadn’t been for me and what I initially said to the police.

What actually happened is, I fell for a con. And I was, I think, incredibly embarrassed by it. Some sob story about somebody needing to call their mother and could they use my phone.

It was such a good con, that I actually dialled the number myself and when somebody answered I then finally handed (over) my phone.

And this kid took off and I was so upset I ran after him.

It was late in the morning and I was walking my dog, it was about 4 am, and I tripped up over my dog, and I ended up falling on to the street and hitting myself in the head.

And now I’m bleeding relatively profusely, I’m extremely upset, I feel like the biggest fool that has ever lived.

I march over to the police station and I say I got mugged. And I’m thinking they are going to run out and find this kid a block later. Of course they take me to the hospital, and they were very kind.

So he told two different stories about his injury in two days.

But… what if neither of those stories was true? What if there was actually a THIRD story? From Pop Bitch:

What really happened was this:  Spacey had taken a shine to a waiter where he was dining. He handed him a 20 pound note tip with his phone number on, and the star-struck waiter agreed to meet him later.

The two men then got trashed together. While walking back to Spacey’s apartment near the Old Vic to continue their drinking session, they passed through a nearby park. Spacey made a suggestion to the waiter about what they could do next. Not liking this suggestion, the straight, but rather worse for wear waiter, punched the star in the face.

Afterwards, Spacey’s lawyers suggested rather strongly to him that he might want to keep the story to himself. The waiter wasn’t interested in selling his story or taking any hush money and has kept a dignified silence ever since.

Or tripped over his dog?

Or punched in the face making unwanted advances to a straight waiter?

Oh, Kevin Spacey! So many lies to keep track of.

Kevin Spacey is now out of the closet, coincidentally at the same time that he is being accused of molesting an underage boy.

Related: Get Away With Me