[Blind Gossip] If you write a blind item that doesn’t name names, but does includes pictures, is it still a blind item?

A journalist named Itay Hod – who used to work for CBS News – went crazy on Facebook a couple of days ago, writing a blind item that called out a certain Republican Congressman for being gay:

people always say, no one has the right to out anyone. that coming out is a private matter. i disagree. as you can imagine, not a very popular opinion. but bear with me.

here’s a hypothetical: what if you know a certain GOP congressman, let’s just say from Illinois, is gay… and you know this because one of your friends, a journalist for a reputable network, told you in no uncertain terms that he caught that GOP congressman and his male roommate in the shower… together. now they could have been good friends just trying to conserve water.

but there’s more. what if this congressman has also been caught by tmz cameras trolling gay bars. now what if you know that this very same guy, the darling of the gop, has also voted against repeal of don’t ask don’t tell, opposed the repeal of doma, is against gay marriage; and for the federal marriage amendment, which would add language to the us constitution banning gay marriage and would likely strike down every gay rights law and ordinance in the country?

Are we still not allowed to out him?

by the way… not sure why… but had a sudden urge to share this.

… and at the end of his post, Hod shared a link to an Americablog.com piece entitled “The 7 gayest Aaron Schock Instagram posts of 2013.”

Oh boy. What a mess.

By the way, Aaron Schock has always claimed that he is straight.

We don’t know which is more controversial.

Or the hypocrisy of a self-loathing gay politician who destroys all gay-related legislation that crosses his path? 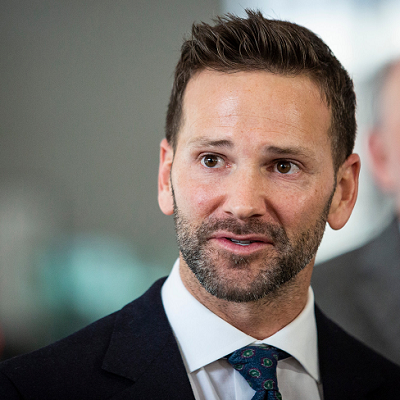 It was clear back in 2014 that someone was trying to out Representative Aaron Schock of Illinois.

It took six years, but Aaron Schock is now outing himself.

Color us Schocked! This blind item is now SOLVED!

Aaron Schock, a former GOP representative known for supporting anti-LGBTQ legislation and dodging rumors about his sexuality, came out as gay in an Instagram post Thursday.

Link in profile to full text

“The fact that I am gay is just one of those things in life in need of explicit affirmation, to remove any doubt and to finally validate who I am as a person,” Schock wrote. “In many ways, I regret the time wasted in not having done so sooner.”

Upon entering Congress in 2009 at the age of 27, Schock became the youngest member of the legislative body. Yet his political career ended in disgrace after he resigned amid a scandal surrounding his spending in 2015. At the center of the controversy were accusations that Schock used tax payer dollars to decorate his office in the theme of the hit television show “Downton Abbey” and for extravagant travel.

A member of Congress wasting taxpayer money? No! Say it isn’t so!

The cast of Downton Abbey had this reaction: 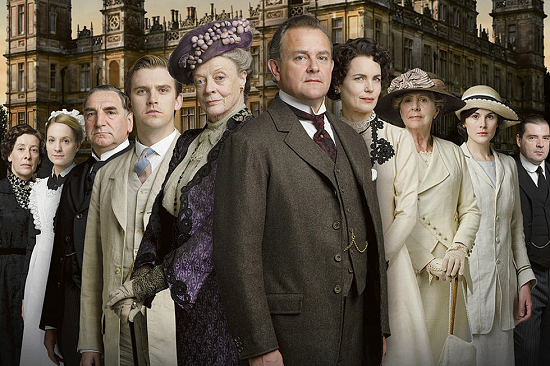 At the time, Schock called the investigation and subsequent media coverage into his spending a “great distraction” that was preventing him from doing his job effectively. He was later arraigned on federal fraud charges and pleaded not guilty to two dozen counts of felony corruption.

Schock, who has been criticized for a dismal track record on LGBTQ rights, revealed that he tried to avoid addressing his sexuality while growing up in a religious household in Illinois and that when he entered Congress, he did not feel like people would accept him as a gay man, so he “threw” himself into his work.

Supposedly, when his parents found out he was gay, they tried to make him go to gay conversion therapy. No wonder he felt safer in the closet. 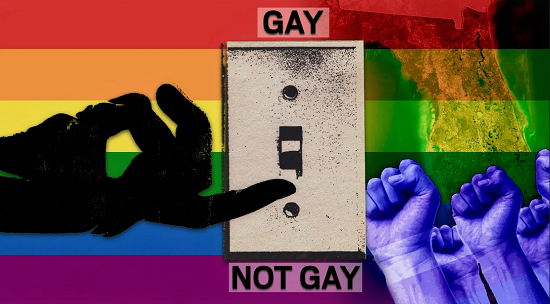 This work included voting against the repeal of “Don’t Ask, Don’t Tell” and against hate crime protections for LGBTQ people. He also voted for the Defense of Marriage Act.

The former Congressman acknowledged this part of his record in his coming-out post, stating that he took “the same position on gay marriage held by my party’s nominee, John McCain” and that Hillary Clinton and Barack Obama were also against same-sex marriage at one point.

That is true. It doesn’t make it better, but it is true.

“That fact doesn’t make my then position any less wrong, but it’s sometimes easy to forget that it was leaders of both parties who for so long wrongly understood what it was like to defend the right to marry,” Schock wrote.

Last April, pictures of Schock kissing another man at Coachella surfaced on social media, which some interpreted as confirmation that Schock was gay. Many criticized him at the time for appearing to benefit from the work of LGBTQ activists without using his political clout to bolster the community.

Aaron Schock was not just kissing a man at Coachella.

You want to see the photos? Of course you do! Here you go: 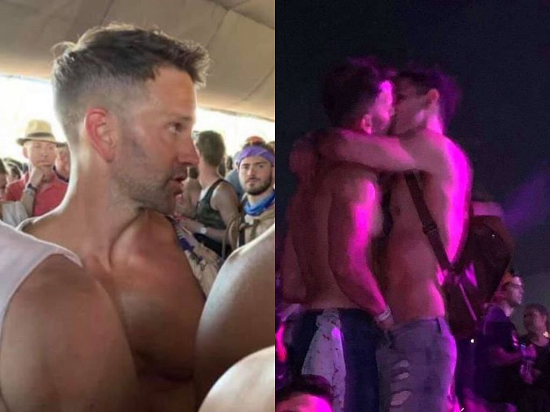 That’s a hand down a man’s pants at a public event.

Schock wrote that he recognizes that he can now “live openly as a gay man because of the extraordinary, brave people who had the courage to fight for our rights” and that were he in Congress today, he would support LGBTQ rights in “every way” he could.

Six years too late… but better late than never?

Congratulations to everyone who go this one right six years ago!