[Blind Gossip] The lead of this TV series is a well-known actor who has been on more than one series.

His attitude is insufferable, and his colleagues are completely fed up with his behavior. Here are just a few reasons why:

BONUS CLUE: The series is filmed outside of the United States but the lead actor is American. 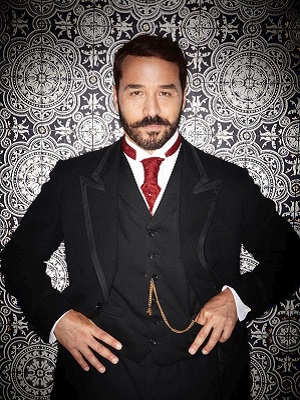 Jeremy Piven (best known for Entourage, Mr. Selfridge, and his current series, Wisdom of the Crowd) is the latest Hollywood bigwig to be accused of sexual harassment.

The events of this blind item took place while Jeremy Piven was working on the set of the ITV/PBS series Mr. Selfridge, a turn-of-the-century drama about a department store owner. The series filmed in England, and Piven played the titular role.

Jeremy Piven is a jerk. He may be talented, but others in the business hate working with him.

He’s arrogant. He tries to tell everyone what to do, even when he’s not in charge.

He’s sex-crazed. He is constantly looking for a hook up at work, and he makes it uncomfortable for women on the set to simply do their jobs. On the set of Mr. Selfridge, his hiring of a coffee cart was not a “nice gesture” to provide refreshments for the crew, but actually a thinly disguised ruse so he could have sex with the coffee cart girl. In this case, the hook up with the coffee cart girl was consensual, but others were not.

Now on to the harassment charges.

A woman who worked on Piven’s old HBO series, Entourage, has fired the first shot. She asserts that on two occasions, Jeremy Piven cornered her, grabbed her, and fondled her breasts and buttocks without her consent. Piven denies it. 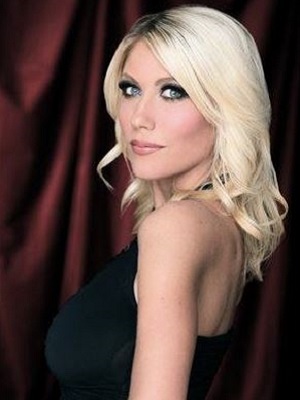 Jeremy Piven “unequivocally” denies allegations brought against him by Ariane Bellamar, who claimed Monday on Twitter that the Entourage star sexually assaulted her multiple times.

“I unequivocally deny the appalling allegations being peddled about me. It did not happen,” Piven said in a statement to EW.

“It takes a great deal of courage for victims to come forward with their histories, and my hope is that the allegations about me that didn’t happen, do not detract from stories that should be heard.”

Bellamar, an actress and former reality star, described her alleged experience with the Emmy-winning actor in a series of tweets. “Member when you cornered me in your trailer on the #Entourage set?” she began. “Member grabbing my boobies on the [couch] without asking??” After elaborating further, she clarified her allegation: “Jeremy Piven, on two occasions, cornered me & forcefully fondled my breasts & bum. Once at the [Playboy] mansion & once on set.” She also added the hashtag #MeToo.

Bellamar is best known for starring in the reality series Beverly Hills Nannies. In a later tweet, she wrote that Piven should not deny her allegations because HBO has them “on [TV] together.” Bellamar also claimed Sprint could have records of his allegedly “abusive, explicit texts.”

The reference to the texts is interesting. In the past, Piven has been known to be relentless in his texting of women he pursued… as well as those who rebuffed his advances. If she can produce those texts, Piven’s denials will ring hollow.

We anticipate that there will be more accusations against Piven the weeks to come.

Both CBS, which airs Piven’s Wisdom of the Crowd, and HBO, which carried Entourage, have issued (the usual) statements about zero tolerance for sexual harassment.

Congratulations to everyone who correctly guessed the subject of this blind item!