[Blind Gossip] It was his wife’s big night, so it would have been nice for this singer to just lay low and play the totally supportive husband for a few hours.

Nope. He was spotted at an after-party collecting women’s phone numbers.

He might have felt a little guilty, though, because right before he would ask them for their number, he would swivel his neck around to see if his wife or anyone else was watching.

We wouldn’t judge if we knew that this couple had an open marriage… but they don’t. 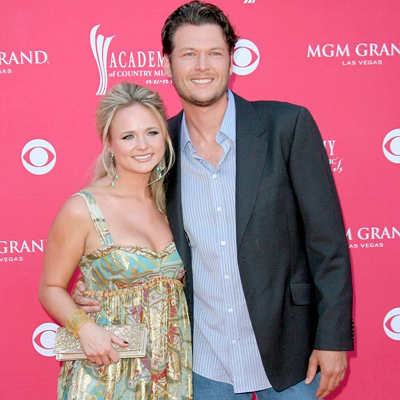 In an unusual move, the divorce was finalized the same day the announcement was made.

Shelton claims that he filed for divorce because Lambert cheated on him.

Let’s start with the divorce announcement. From People:

Divorcing After Four Years of Marriage Blake Shelton and Miranda Lambert are calling it quits after four years of marriage.

“This is not the future we envisioned,” the couple said in a statement to the Associated Press Monday. “And it is with heavy hearts that we move forward separately. We are real people, with real lives, with real families, friends and colleagues. Therefore, we kindly ask for privacy and compassion concerning this very personal matter.”

The country singers tied the knot in Texas in 2011, after dating for six years.

Both remained mum on social media about the split leading up to the announcement, with Lambert Tweeting about an upcoming show just hours before the statement’s release Monday afternoon.

The famous pair – who recently played an Independence Day show together – have weathered rumors of relationship troubles for years, which Shelton, 39, addressed in a 2013 PEOPLE cover story.

“[I tell Miranda], ‘I have nothing to hide from you,’ ” he said at the time, noting he even let Lambert, 31, go through his phone. “That’s always been our policy: ‘Here’s my phone. Go through it.’ … That’s really the kind of trust we have … There are no secrets. [I’ll say], ‘Go dig through my drawers or my computer if you feel like you need to.’ And that’s been a really good thing, because I don’t want her to ever have any doubts.”

Lambert has spoken out about their relationship before, as well. Last year, upon their third wedding anniversary, she told PEOPLE, “Marriage is hard, and it’s awesome, and you should make a huge deal of it. We always try to be together, I wouldn’t want to be on opposite ends of the country on our anniversary! That time is sacred.”

There are two interesting things about this article.

The first is that they mention that the couple got married “in 2011, after dating for six years.”

That would mean that they were dating in 2005… when Shelton was still married to his first wife!

Shelton has always maintained that he didn’t start dating Lambert until after he was divorced from his first wife. We always knew he was lying about that, but it was interesting to see that fact acknowledged in print.

We’ve often talked about how “The best defense is a good offense” when it comes to celebrity breakups.

The second thing that is interesting about that article is how People rehashed a story emphasizing how trustworthy and faithful Shelton was in his marriage. We instantly knew that meant that the fidelity issue was going to hit the headlines very soon, and that it was likely that Shelton was going to strike the first blow.

Sure enough, five minutes after their divorce was announced, Shelton accused Lambert of infidelity! Just hours after country music royalty Blake Shelton and Miranda Lambert announced their divorce, rumors began swirling that infidelity– on Lambert’s part– was to blame for the seemingly sudden split up.

Shelton had suspected Lambert was involved with country singer Chris Young and more recently that she was sneaking around with another man, who was not famous.

Lambert and Shelton’s marriage crumbled in part because she did not want to have children. A source told The Post Shelton wanted to start a family sooner than Lambert did, and their varying views on children– plus their busy schedules– led to the split.

Given that the divorce is already finalized, accusing her of infidelity and blaming her for not having a baby seems like a couple of cheap and unnecessary smacks on the way out. However, Shelton’s PR team clearly wants the public to see him as the good guy and her as the bad guy in this divorce, and accusing her of cheating with multiple men sure fits the bill!

It will be interesting to see if Lambert smacks back. Shelton was as big as cheater as her during their marriage. Maybe even more. If she feels it necessary to preserve her own reputation, we wouldn’t be surprised if several stories of Shelton’s infidelity are “leaked” in the near future!

Back to our blind item. That hound dog of a man known couldn’t keep it on the DL for even one night. 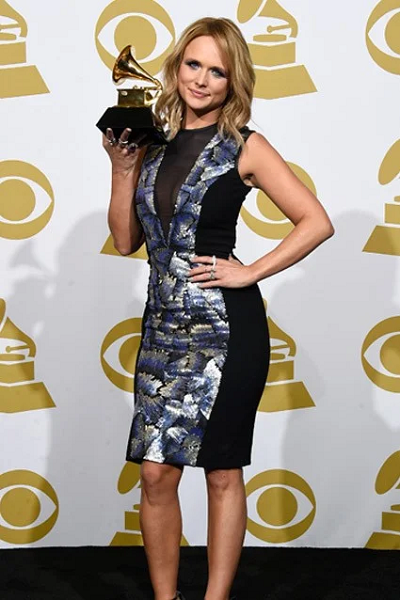 Ol’ swivel neck was looking around for his next hook up.

The words “judge” and “swivel” were significant clues because Blake Shelton is one of the judges on The Voice, where the judges swivel their chair around to face the singers who are performing.

Congratulations to Scorpio13 for being first with the correct answer. Dree2003 gets a pat on the back for picking up on the “judge” and “swivel” clues!

Similar: How To Defend A Cheater